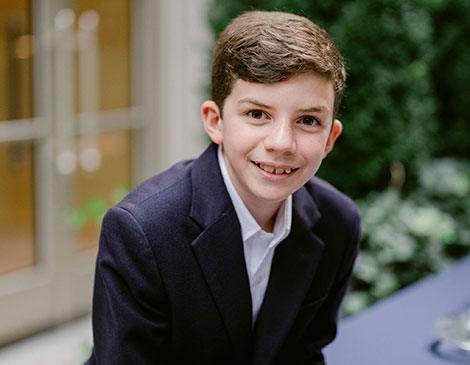 About the Cleveland International Kids Film Festival, its documentary and more

The 13-year-old director shares the inspiration behind his documentary Growing Peace in the Middle East.

Steven Hoffen is no ordinary eighth grader. Sure, the 13-year-old goes to school and watches Marvel movies, but he’s also behind an award-winning short documentary called Grow peace in the Middle East, which will be available at the end of this year. Since its release, the film has sparked a movement through his non-profit organization, Growing Peace Inc., around hydroponics, a method used to grow plants where there is no usable soil. .

Her documentary follows her journey to Sindyanna of Galilee in Israel, where Jewish and Palestinian women work together to grow hydroponic produce as well as to understand their cultures and differences. We spoke with Hoffen, who lives in New York, ahead of her film screening at the Cleveland International Kids Film Festival on March 11.

Q: When did you know you wanted to make your film, Growing Peace in the Middle East? And what do you think was the biggest inspiration for that?
A: So, I went to Sindyanna in the summer of 2019. And I loved everyone I met there; I loved all of their different projects. When I found out they had a hydroponics project, I was very interested. I wanted to do something about it. I remembered that I was really interested in documentary cinema. And what interested me were the David Attenborough documentaries that I watched on Netflix. So I created this documentary about Sindyanna and Sindyanna’s hydroponic project.

Q: How was your visit to Israel and how did you come into contact with Sindyanna?
A: Oh, I’ve been to Israel several times, but it’s extremely hot there. The weather is really nice. And yes, I mean, it’s very different from New York. The first time I went there, I visited [Sindyanna]. I met the founder, Hadas. And so I stayed in touch. 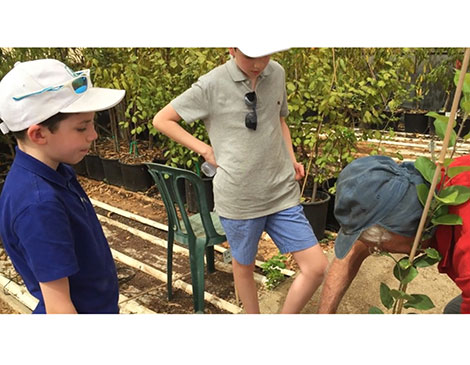 Q: Did you encounter any obstacles because you are so young and making a film? Was Sindyanna willing to work with you from the start?
A: Well, I mean, at first I thought COVID was going to be a roadblock because everything was online, and it turned out to be the perfect time to do it. Because you could do all the interviews via Zoom so you didn’t have to pay to go. Since it’s not really an actor’s movie, just a documentary, you don’t have to interact with other people. So all of this could be done on my computer. They all said yes to being invited to be interviewed

Q: What was your favorite part of the filmmaking process? What do you think you got the most out of? What was the hardest part?
A: Well, I really liked the editing process. It’s really fun to find media and images to relate to what I’m saying in the video. But as far as what I got the most out of, I probably learned to love throughout my interviews, I wrote much better interview questions for my specific purpose because I was really curious. And I also needed a lot of information. So, I knew I had to make my interview questions very specific. The hardest part was also probably the editing because I was not familiar with editing. I had kind of explored different editing software before, but didn’t really know how to edit, so I had to learn how to do it. Once I knew the basics it was pretty easy from there.

Q: Do you think that after working on this project you want to continue working on documentaries or just films in general? Even in adulthood perhaps?
A: I am doing a new project. And I’m going to create a short series of videos about us building a hydroponic system at a food bank in Israel. This food bank is specifically for refugees from places in Africa, such as Eritrea and Sudan, who come to Israel and don’t really have enough food to eat. So I’m going to make some short videos about it. I don’t really know what I want to do as an adult. But the cinema is definitely quite interesting.

Q: What does it mean to you to be part of the Cleveland International Kids Film Festival? And what do all those rewards you receive mean to you?
A: I’ve read about this film festival and it’s very cool. I haven’t watched many of the other movies that are here, but it’s truly an honor to be accepted. At first, I didn’t really think I would get a lot of awards just by submitting to film festivals and FilmFreeway anyway, and so I was really excited and surprised that I got accepted to so many festivals in movie theater. 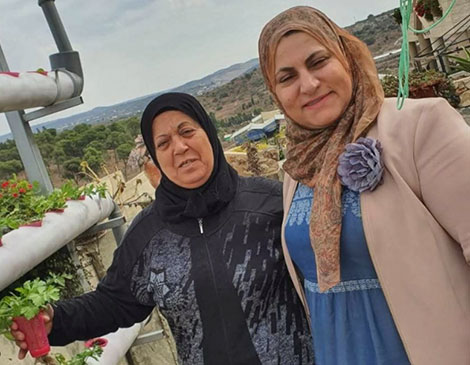 Q: What was the process of creating your non-profit organization, Growing Peace Inc.?
A: What really started, during the trip to Israel in 2019, I went to the Volcani Institute. I was introduced to a new project, the food bank project. The food bank is for African refugees who come to the food bank in Israel. This started the idea behind Growing Peace Inc., to have a series of projects that I could do.

Q: What was the most rewarding part of running it?
A: Well, it’s a relatively new foundation. Other than the Sindyanna movie, which was long before Growing Peace Inc. existed, we really only got the hydroponic food bank project. We raised a lot of money to build the hydroponic system there. So, I’m really proud to be able to be part of it.