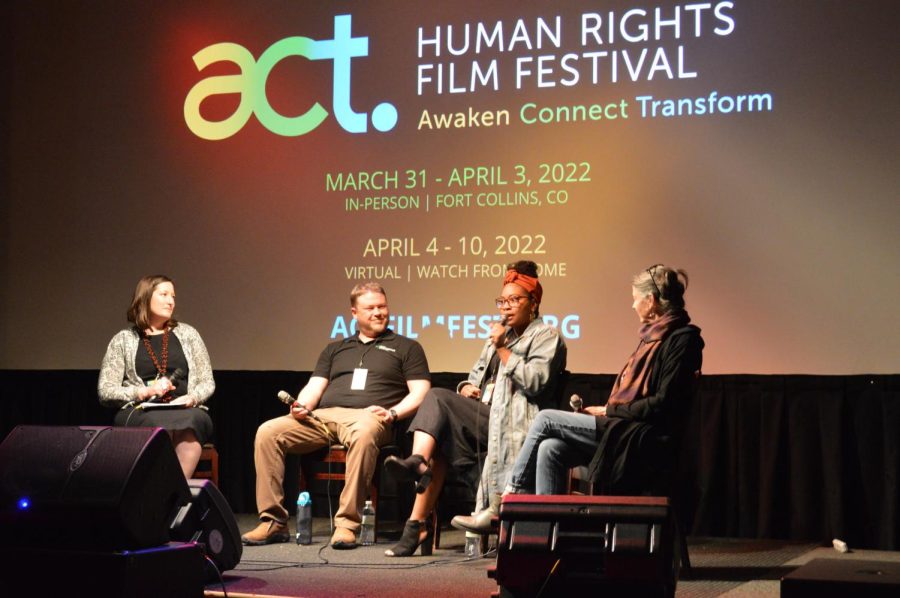 ‘Firestarter: The Story of Bangarra’ shows the importance of cultural identity.

ACT’s Seventh Annual Human Rights Film Festival was a reminder and example of the importance of talking, learning and understanding the issues facing many. The festival offered insight into the complexities of society’s history and present through 12 in-person film screenings, a short film session, and an ongoing virtual encore.

For the past two years, the festival has been held virtually due to the COVID-19 pandemic. While that hasn’t stopped the festival from showcasing powerful films, the in-person experience of this event allows for a much greater sense of community as well as meaningful connections and conversations.

“It’s truly an irreplaceable experience to sit in a cinema and watch movies all together,” said Beth Seymour, executive director of the ACT Human Rights Film Festival. “And I think with two years of being in the spotlight and mostly online, most of us have forgotten that it’s really fun to watch a movie with other people around.”

The festival presented 19 films from 16 different countries, emphasizing the importance of diversity and solidarity. In addition to screening films, the festival held activities focused on conversation, emotional processing and healing.

“The ACT movie selection screens pretty much require a chat after to talk about issues and share thoughts about the movie,” Seymour said. “We are a communication studies program, so part of our festival’s focus is on fostering conversation.”

The final film from the festival’s in-person section, “Firestarter: The Bangarra Story,” was a powerful way to end the weekend. The film follows the story of three Aboriginal brothers and their roles in the creation and development of the Bangarra Dance Theatre.

“It was made for the dance company’s 30th anniversary, and in fact some of Australia’s most prominent directors and producers were involved in the project, which shows just how impressive and important this cultural institution is,” Seymour said.

Using both new and old footage from interviews, performances and home videos, the story is told through the lens of the three brothers – Stephen, Dave and Russell Page – and current and former members of the company. of dance.

“The movie definitely has themes of mental health, behavioral health, and suicide,” Seymour said. “But I would say overall the film is more about racial identity and justice, intergenerational trauma, but also uses storytelling and dance and art to heal, to build community, to create a identity and moving forward.”

The film shows the struggles of intergenerational trauma and connecting to your culture while dealing with the effects of colonization and assimilation. Many Aboriginal Australians are affected by Stolen Generations, which refers to Aboriginal children forcibly removed from their families from around 1910-1970. They were forced to assimilate into white culture, forbidden to speak their language, and were often given new names.

The brothers have found a way to reconnect with their culture through dance, embracing their traditions through contemporary dance performances. The Bangarra Dance Theatre, founded in 1989, is today one of the leading dance companies in Australia and still focuses on connecting Indigenous people to their cultures.

While the Bangarra Dance Theater enjoyed success, the Page family suffered multiple losses through suicide, which deeply affected them and the dance community. After the film, a panel of local experts discussed suicide prevention, intergenerational trauma, racial justice, dance, and anything else the audience needed to talk about.

The discussion, moderated by Shannon Quist, Director of Community Connections at the Fort Collins Museum of Discovery, focused on the complexity of intergenerational trauma and identity. When asked for advice on how to navigate the themes of the film, panelists talked about the importance of being aware of yourself and your connection to the story or the lack of it. They also discussed being authentic to who you are.

The panel was followed by a closing reception in the lobby, where people were able to continue discussing the films they saw for the duration of the festival with a performance by musicians from Colorado State University and a free dessert. .

The festival will host a virtual reminder April 4-10 for those who missed the in-person screenings or want to rewatch.