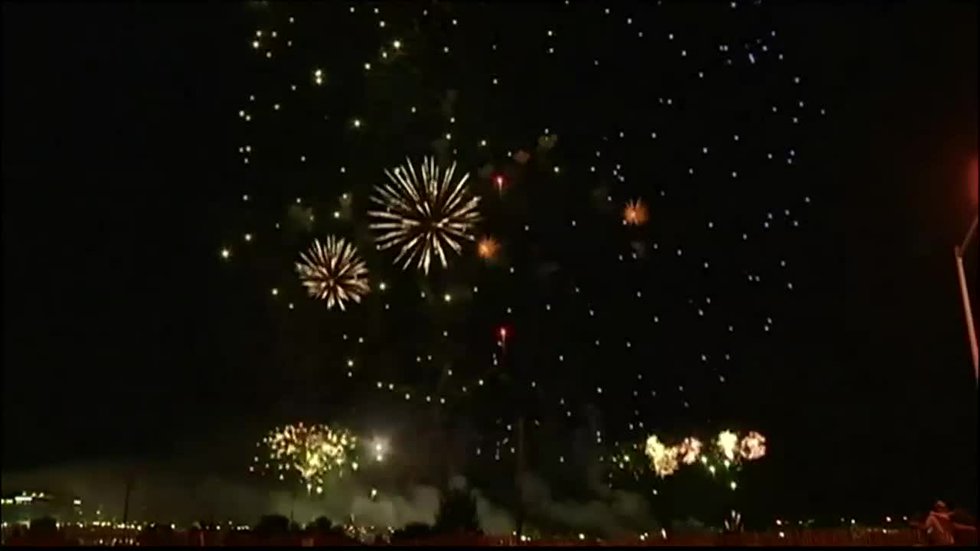 Putting on the show requires an army of volunteers, but this year help has been hard to come by.

“My family is all here; we’re having a lot of fun,” said festival-goer Wesley Waibel.

Cyndi Procunier is one of the portal coordinators for the festival.

“You need an army to make it work,” Procunier said. “If I don’t have 75 hours in those five days, I’m missing something.”

100% of the festival is organized by volunteers, but finding these volunteers is a challenge.

“We certainly tried hard to find volunteers. Because it’s volunteering. It’s giving up your time because you want it, not because you get paid,” Procunier said.

Procunier said it’s the lack of compensation that keeps some people from volunteering and others leaving town.

“It’s a big event that brings in a ton of money for the city, but those who live near the city like to try to get by,” Procunier said.

“This week has been a tough time,” Larouche said.

He said he was ready to see a younger generation of volunteers step in.

“Most of the volunteers we have have been here for years. It’s time for this new generation to step up, help, get involved and keep this fireworks festival going for another 50 years,” said Larouche.

Procunier and Larouche are recruiting more volunteers to volunteer their time on Friday and Saturday or help with dismantling after the festival is over.

Procunier said being part of a successful festival is priceless.