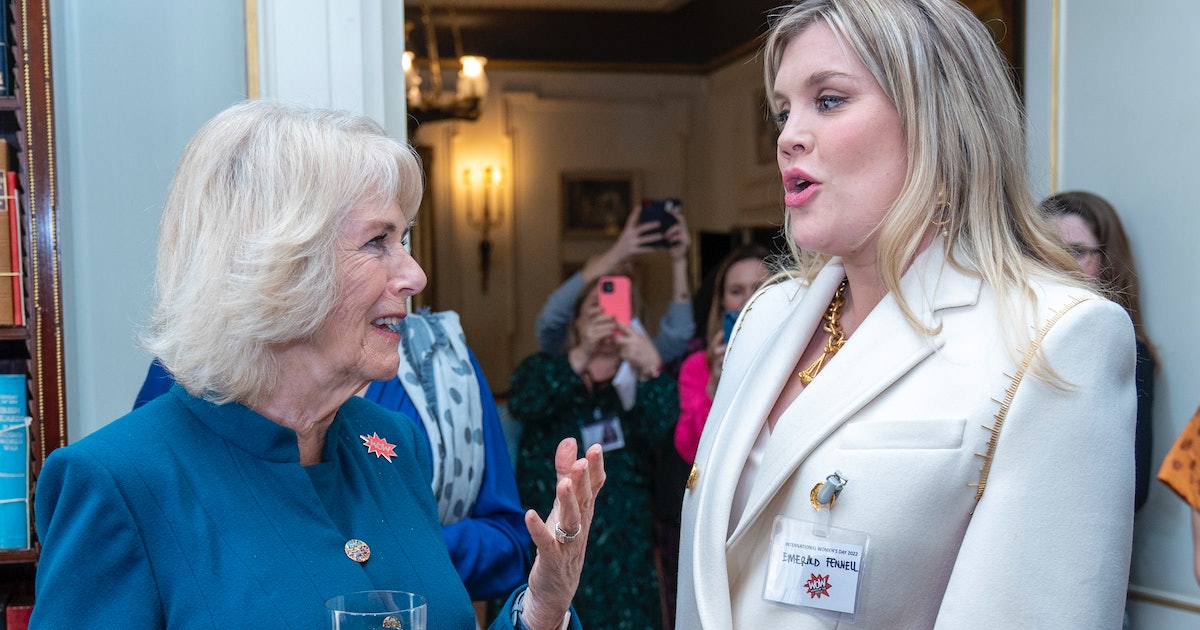 Camilla, Duchess of Cornwall comes face to face with her ‘The Crown’ counterpart, Emerald Fennell

Reality met fiction at Clarence House on Tuesday when Camilla, Duchess of Cornwall met Emerald Fennell, the actress who plays her in Netflix’s third and fourth seasons. The crown. Fennell was invited to the Duchess’s home for the Women of the World Festival event to celebrate International Women’s Day, and the couple were finally able to chat face-to-face.

Understandably, Fennell, who wore a full Schiaparelli look for the occasion, was a bit anxious ahead of the encounter, especially given the depiction of Camilla’s affair with Prince Charles in That of the Crown the most recent season caused a bit of controversy online. “I was nervous to be thrown into the tower but so far so good” Fenouil joked with journalist Georgie Prodromou. In the end, Fennell and Camilla seemed to really enjoy chatting together, although the actress wouldn’t reveal what was discussed.

“You know what, I’m going to be very low key, because if I’ve learned anything it’s ‘loose lips sink ships,'” she said.

Camilla, meanwhile, seemed like a really good player about it all and was thrilled to have Fennell at the event, joking about the actress’ presence during her speech. “It’s reassuring to know that, should I fall off my perch at any time, my fictional alter ego is there to take over,” Camilla said. “So, Emerald, get ready!”