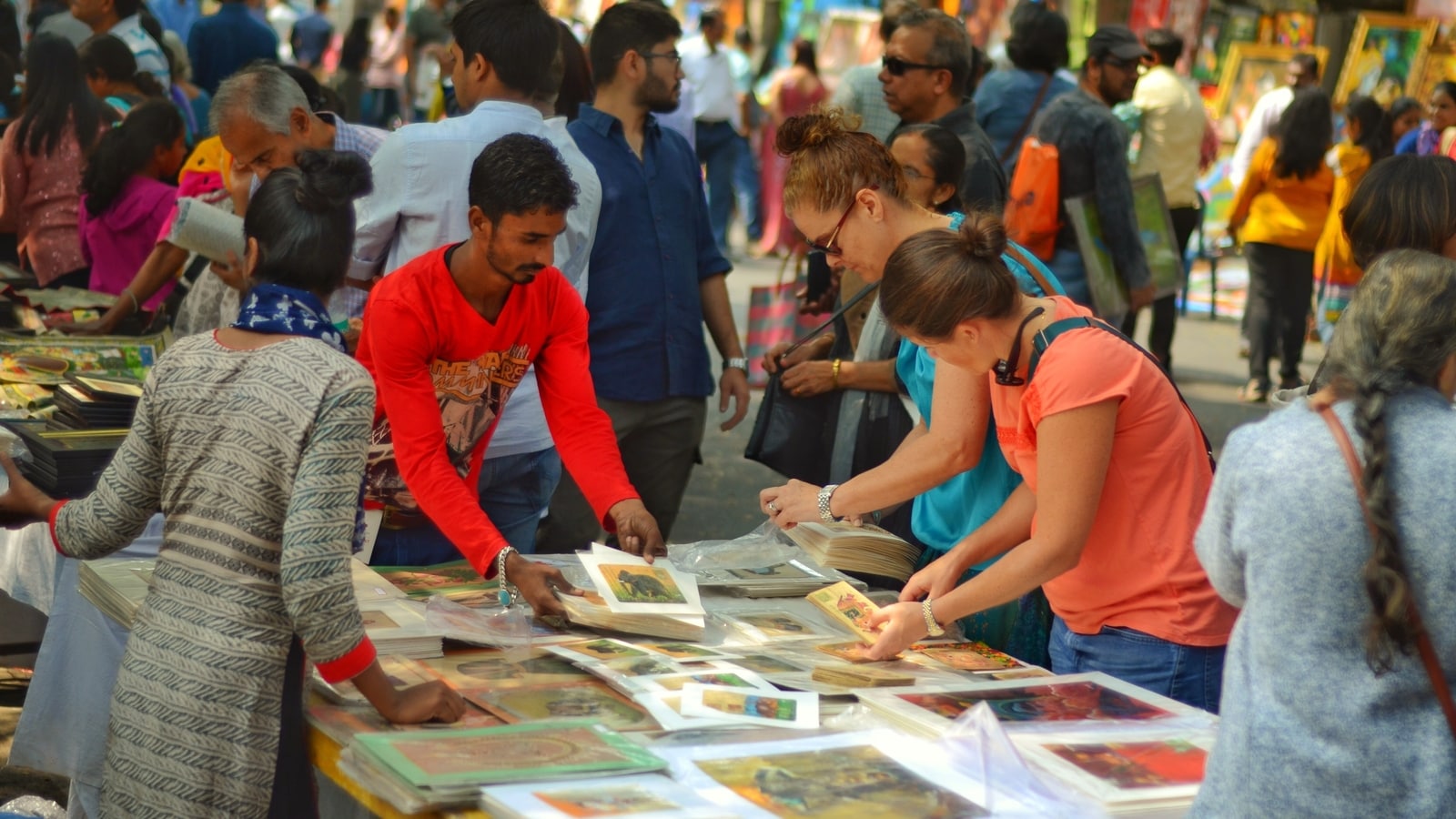 Chitra Santhe will take place in Bangalore on March 27 | bangalore

The 19th edition of Bengaluru’s popular street art festival, Chitra Santhe, organized by the Karnataka Chitrakala Parishat, will return on March 27 after an online event last year due to the pandemic. To commemorate the 75th anniversary of India’s independence, the theme will be devoted to “freedom fighters”.

Up to 1,500 artists from across India are expected to attend the santhe, which will be inaugurated by Chief Minister Basavaraj Bommai, according to Chitrakala Parishat Chairman BL Shankar at a press conference on Wednesday.

From Windsor Manor Hotel to Shivananda Circle on Kumara Krupa Road and part of Crescent Road, stalls will be set up. Live performances will also be given by students from the Faculty of Fine Arts in Parishat. The festival will adhere to COVID-19 guidelines. “Last year, the santhe was dedicated to corona warriors and was hosted online for two months,” Shankar explained.

In addition to the santhe, works by selected artists will be exhibited in the 12 galleries of the parishat for ten days. Four artists will be honored with the Chitrakala Samman Awards.

While the 17th Chitra Santhe ended on a high note, the 18th edition was conducted online due to the pandemic. Also this year, although there was some uncertainty as to whether the event would be held physically or virtually, the government finally gave the green light for the event to be held offline. The Parishat decided to abandon the virtual format this year due to the difficulty of running the event both physically and virtually.

Meanwhile, on the occasion of Maha Shivaratri, the Prasiddha Foundation, founded by dancer Prathibha Prahlad, is organizing a cultural festival, “Eka Aneka”, in collaboration with CKP on March 1.

The Parishath was founded in 1960 on two and a half acres of land leased from the Karnataka government, with initial donations from industrialist HK Kejriwal. Svetoslav Roerich, a Russian artist based in Bangalore, donated many of his paintings as well as those of his father Nicolas in his early days.

After the death of CKP founder Nanjunda Rao in 2003, a new committee was formed, with DK Chowta as secretary and MJ Kamalakhshi as deputy secretary. “Street art was flourishing in Europe, and some of us at CKP had been there to see it.” “We had a series of meetings to see if CKP could recreate such art festivals once a year,” says Kamalakshi. In 2004, Chitra Santhe became a reality.