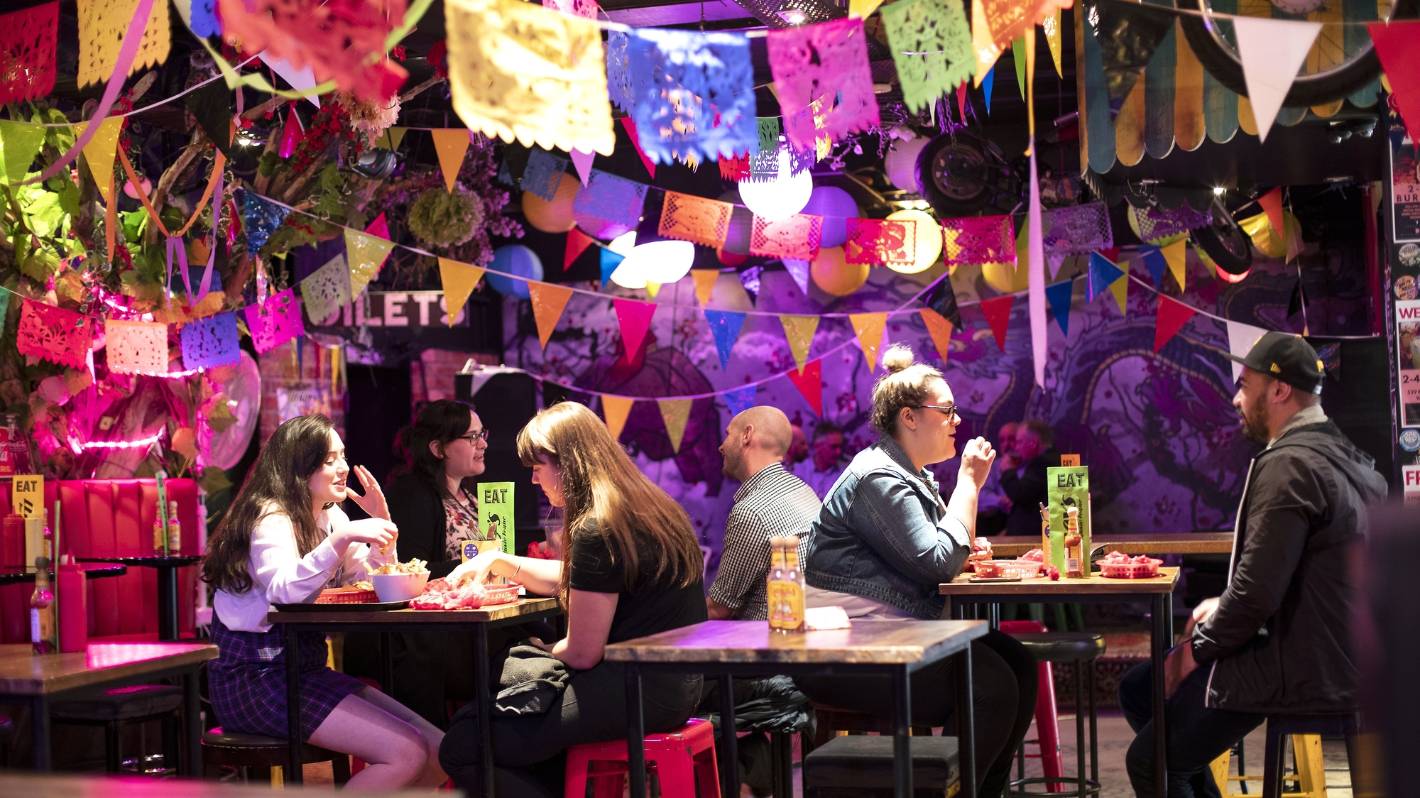 Cocktails, burgers, pop-ups and fine dining – Wellington’s Food Festival has treats for everyone

The theme of this year’s Visa Wellington on a Plate is about being in a ‘state of flow’. (File photo)

After being cut in half last year, Wellington’s iconic food festival, Visa Wellington on a Plate, is back with a vengeance and big changes have been announced.

This year’s theme, ‘A State Of Flux’, took stock of the last two years of Covid-enforced fluidity, acknowledging that nothing was constant, said festival director and general manager Sarah Meikle.

This included the festival itself, which opens with a new event focusing on sustainable seafood and the news that the festival will be split into two parts from 2023.

The capital was 17 days away from the festival and five days from Burger Wellington last year when the more than 300 participating restaurants, bars, cafes and eateries had to shut down along with the rest of the country on news of the sudden lockdown in August. 17.

When the country returned to Tier 2, the majority of participating restaurants decided to move forward with events, burgers and cocktails.

This year, it was inspiring to see attendees embrace the theme, from shape-shifting cocktails to culinary explorations through space and time, Meikle said.

The festival aimed to draw people’s attention not only to Wellington’s incredible culinary talent, but also to what was “delightfully unique to New Zealand”.

This year’s theme also signaled changes to the festival, with events, pop-ups, Dine Wellington and Cocktail Wellington moving to May from next year. The particularly popular Burger Wellington and Beervana will continue to take place in August.

“It’s gotten so big,” Meikle said, adding that the change was industry-driven and would provide diners with respite between different events.

She said it had been a difficult time for hospitality, but the city was busy again and the festival would play an important role in bringing the sector – and diners – together again.

The festival opens on July 29 with new concept pop-up, The Sea Breeze Inn, featuring kaimoana and offering new takes on classic fish and chip style dishes over the weekend.

Wellingtonians eager to get their burger fix will be able to choose from over 200 venues participating in the burger bargain, there will be up to 70 different takes of ”Wellington On a Plate” as part of Dine Wellington and 80 drinks as part of Cocktail Wellington.

There will be over 120 events and pop-ups, including the ‘Slice of Outback’ event to be held at the Australian High Commission, featuring four-course meals from Australian Indigenous chef Mark Olive (Bundjalung).

”Beast of a Feast” at Wellington Zoo presents a five-course dinner inspired by the korora (little blue penguin), red panda, giraffe, lion and Tasmanian devil, while exploring how the animals s adapt to climate change.

Meanwhile, Havana Bar will be transformed into a 1960s Hong Kong restaurant with a menu inspired by the cult classic “In the Mood for Love”, among dozens of other events.

This year’s festival runs until August 31, and winners of the Visa Wellington On a Plate awards will be announced in mid-September.