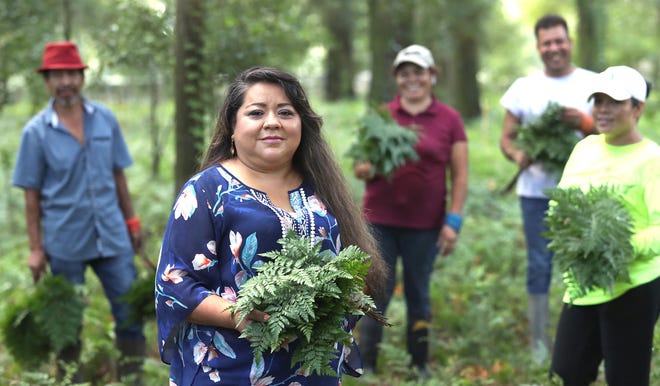 PIERSON — The Farmworker Association celebrates “Children’s Day” with a festival on April 30, but the organization plans to bring more than bouncy houses and snow cones to the celebration.

The Volusia County Sheriff’s Office and the Volusia County Fire Department, among other groups, will be on hand to answer questions from the community, Farmworker’s Association coordinator Maria Elena Valdivia said.

“It’s important to me to have the sheriff’s office and the fire department at the Day of the Child festival because they are part of keeping kids and the community safe,” Valdivia said.

“It’s important that we attend all county festivals because we represent and protect everyone in this community,” Chitwood said.

The festival will be held April 30 at the San Jose Catholic Mission at 165 Emporia Road in Pierson from 10 a.m. to 3 p.m.

Valdivia said the presence of law enforcement and firefighters will show community members and children how these agencies operate. Representatives will be on hand to answer any questions residents may have, she said.

“Community members can take the opportunity to speak with the sheriff, fire department, or leaders of any other groups present, and speak with whoever they need about matters that affect them,” Valdivia said.

Farmworkers and sheriff worked together to allay fears about immigration officers

Recently, the Farmworker Association, with the help of the San Jose Catholic Mission, invited Chitwood to visit and allay community fears of being targeted by immigration officials during traffic stops.

Chitwood told the group he had also heard the rumor that his deputies were targeting drivers because of their nationality and that they had a U.S. Immigration and Customs Enforcement official in the patrol car, but reassured them. that it wasn’t true.

Chitwood told the community the traffic stops were part of a countywide enforcement after the sheriff’s office received dozens of complaints from across Volusia County.

“The #1 complaint I receive in Volusia County, Pierson, Ormond-by-the-Sea, Daytona, Deltona, DeBary and Oak Hill is for traffic violations,” Chitwood said. “So it’s a county-wide effort because of all the complaints I’m getting.”

Children’s Day is celebrated in Mexico on April 30. Previously, the event in Pierson was held in October, but the celebration was moved to late April to coincide with the event in Mexico, Valdivia said.

“I remember growing up in Mexico and that day the cinemas were offering free movies for kids in the morning,” Valdivia said. “It was a special occasion for the children.”

But Valdivia said she also plans to make the festival an informational event.

“I think it’s a great opportunity for kids and their families to have fun, but I think it would be important to also give the community access to information that will improve their lives,” said Valdivia.

Medical groups, such as Halifax Health, will also be there to teach residents the importance of car seats and how to properly buckle up their children, Valdivia said.

Other groups in attendance will include the Mexican Consulate, Azteca Truck Club, Rotary of Flagler Beach, Family Health Source and artisans will also be present with displays and doing crafts, Valdivia said.

“Our children are special and we try to find ways to celebrate their day, but also give them the opportunity to learn more about the people who are there to help them,” Valdivia said.