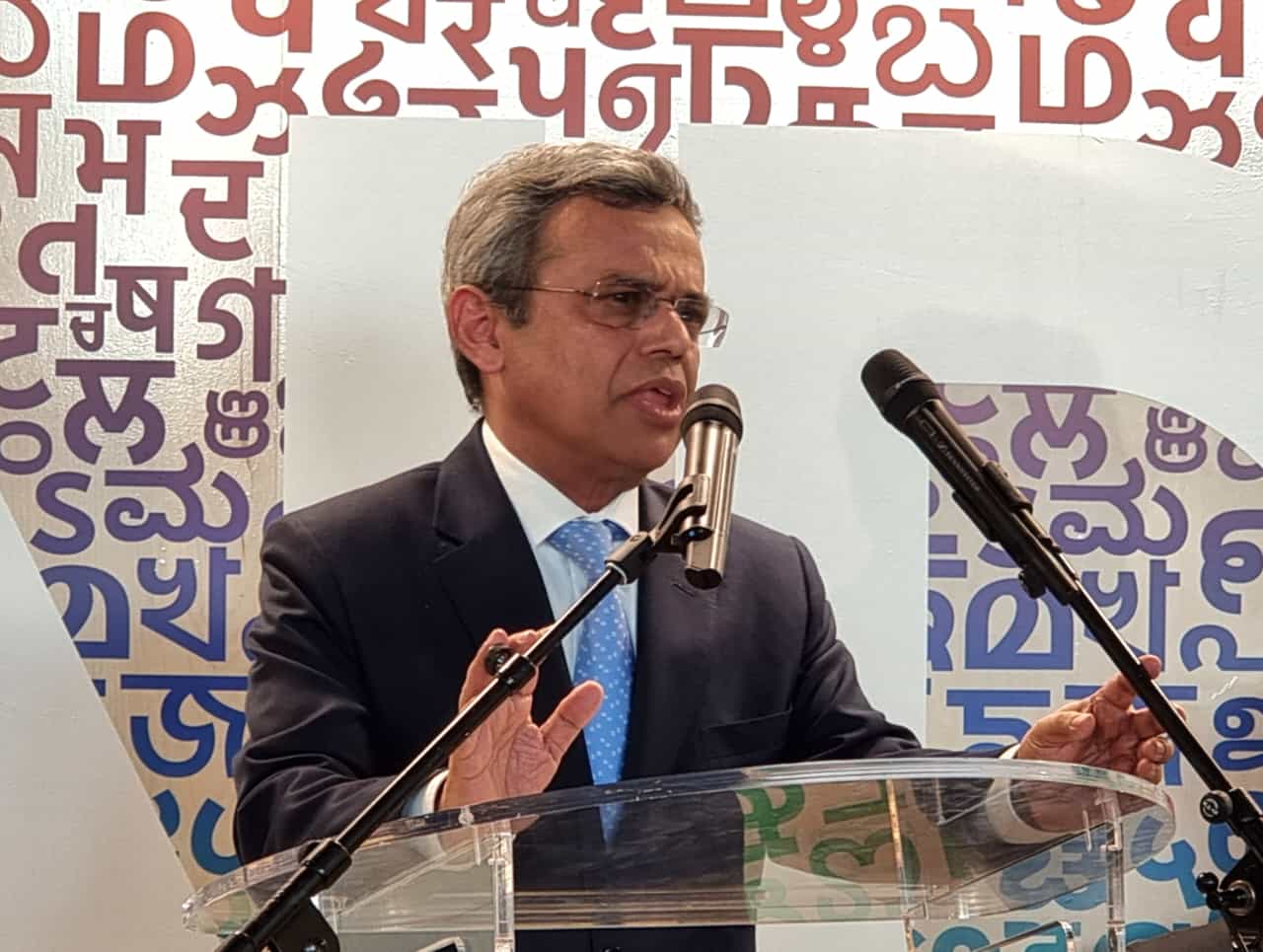 The Honorable Ambassador of India to France, Jawed Ashraf, during the inauguration of the PAVILLON DE L’INDE at the Paris Book Festival 2022, pointed out that apart from more than 400 Indian titles, 65 publishers, 30 authors presented at the INDIA PAVILION, the literati participating in the variety of literary sessions to be held at the INDIA PAVILION among India’s finest minds reflecting the culture, diversity, plurality of India throughout its splendour. Interpretations of Indian classical and folk music, mainly by French artists, show how deeply connected we are to each other’s culture. He further stated that the diversity of languages, expressions and experiences present in the form of books presented here in the festival area is a unique opportunity for the French public to experience India’s vibrant cultural heritage.

Professor Govind Prasad Sharma, Chairman of National Book Trust, India and Head of the Indian Delegation appointed by the Government of India, said that time has witnessed the strength of Indo-French relations and their cultural and literary pursuits. French philosophers like René Descartes have ideologically influenced Indian intellectuals, writers and thinkers for centuries. National Book Trust, India has had the privilege of publishing the Hindi translation of French traveler Francois Bernier’s ‘Bharat Yatra’, which is considered a leading historical book of its time. Besides Bernier, many prominent travelers from France, such as Jean-Baptiste Tavernier and Jean Thévenot also wrote about their travels to India for French readers. Hindi translations of books on Mahatma Gandhi, Ramakrishna DevParamhansa and Vivekananda written by French thinker Romain Rolland are also extremely popular among Indian readers. On the other hand, Indian texts, like the Upanishads, have also been studied for French writers and thinkers – the French scholar AnquetilDuperron translated part of the Upanishads into French; writers like Victor Hugo and more recently Albert Camus have also made repeated references to the ideas and principles contained in the Upanishads.

Shri Yuvraj Malik, Director, National Book Trust, India, said book fairs and literary festivals are a great platform not only for writers but also for society as they support socio-cultural integration. Speaking about the exhibits set up in the INDIA PAVILION, he said that our books reflect not only the complex ancient Indian knowledge system, but also the deep Indian value system. Linguistic diversity is the backbone of our literary landscape. Talking about NEP 2020, which was launched under the visionary leadership of Honorable Prime Minister Shri Narendra Modi, has valuable opportunities to offer not just teachers, students and scholars, but indeed the whole ecosystem of editing. Quoting the statement of the Honorable Minister of Education, Shri Dharmendra Pradhan, Shri Malik reiterated that the new national education policy will definitely create a new world order. Shri Malik also said that the Paris Book Festival being held in 75and India’s Independence Year is a significant event, and the INDIA PAVILION reflects this theme of AzadiKaAmritMahotsava.

Shri Malik also advocated for the establishment of an institutionalized New Delhi-Paris Book Forum following these dialogues to support the vision of the joint Prime Minister-President statement.

The Honorable Ambassador of France to India, Mr. Emmanuel Lenain said that the book festivals are a unique platform to promote the translations of the respective literatures of the two countries. He added that both India and France believe in the value of books and reading and their importance for the emancipation of peoples.

Mr. Vincent Montagne, President of the Syndicat National de l’Edition welcomed the Indian delegation to the Paris Book Festival 2022 to celebrate books and reading in all their forms while highlighting the exceptional richness of literary production Indian. India being the guest of honor country of the festival would allow French readers to witness the diversity of Indian literature and the treasures of its cultural heritage. He also said the Paris Book Festival would serve as a trigger to encourage editorial cooperation between the two nations.

French translation of 10 children’s books published by NBT-India – A story of tails, A visit to Kumbh, Friend, The holidays have arrived, Ravan Remedy, Vasu meets a tadpole, Sheela&Leela, snake problem, Bapu Stories‘lifeand The flower and the bee were also launched on this occasion.

India is designated as a guest country for the 2022 Paris Book Festival to be held from 21 to 24 April 2022, as announced under the joint statement by Prime Minister Narendra Modi and President Emmanuel Macron released in 2018 during the visit of the French president in New Delhi. National Book Trust, India has been designated by the Ministry of Education, Govt. of India as the nodal agency to set up the INDIA PAVILION and organize the presentations of the guests of honor.

The INDIA PAVILION which was designed by the National Institute of Design, Ahmedabad (NID), NBT-India’s design partners for the event, represents the works of 65 Indian publishers with over 15 digital exhibits and physical exhibiting over 400 books published in various Indian languages.

Highlights of the Indian presentation include the launch and sale/exhibition of 10 illustrated children’s books in French translation published by NBT-India. Among these books, one includes a story by Rabindranath Tagore, and another is a book about Mahatma Gandhi for children. A special edition book on Chandernagor located in West Bengal in India highlighting French heritage in India would also be launched.

Bringing its multilingual linguistic traditions and projecting its [email protected] national project through events and exhibitions, NBT will host more than 45 speakers – 20+ coming from India and the rest, including Indian and French writers, joining France in more than 25 literary sessions at the Pavilion of India. A plethora of literary sessions, rich and diverse, addressing interesting themes such as ‘Indian influences on European art and architecture’, ‘Women writers and their creative sphere’, ‘Mahatma Gandhi and Romain Rolland: At 21st Century Perspective’, ‘Science and Ayurveda’, ‘Many Languages, One Literature’, ‘Climate Change Concerns in Contemporary Writings’ etc. will be organised. The Indian delegation includes eminent authors, writers and personalities like Sudha Murthy, Vikram Sampath, Acharya Balkrishna, Gourahari Das, AnandNeelkanthan, SuddhasattwaBasu among many other distinguished writers and authors.

Cultural performances involving more than 50 artists, including MsAparnaShreedhar, Ms. Mallika Thalak, Ms. Brigitte Chatiginer and Ms. Mahina Khanum, will be organized to showcase the plurality and multiplicity of Indian culture.