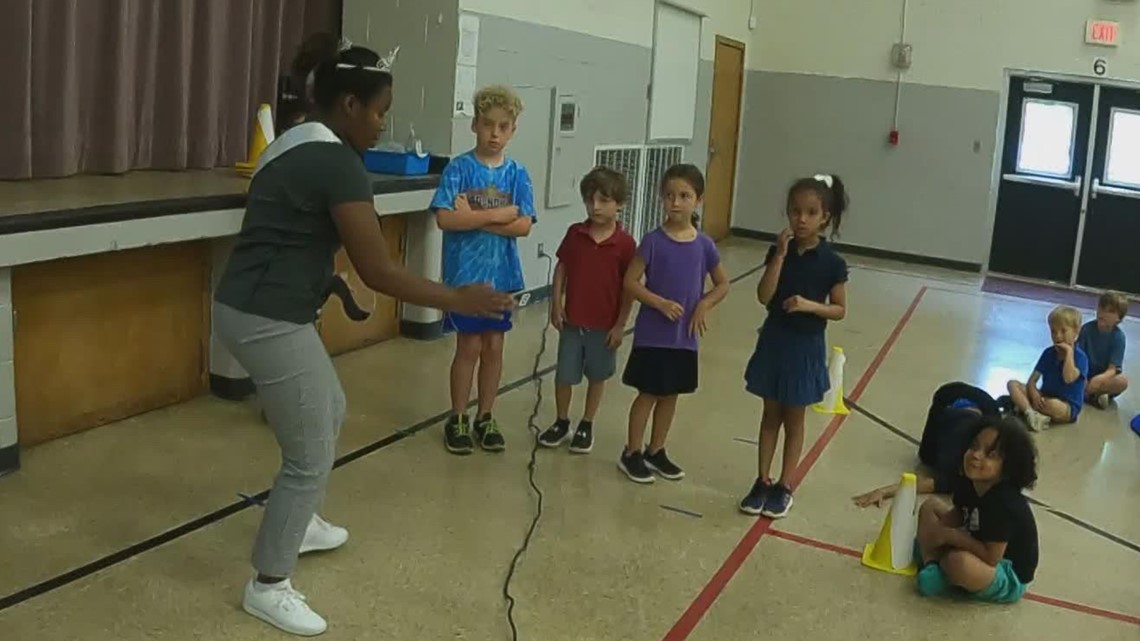 INDIANAPOLIS — On Monday, students at an IPS school received a visit — and fitness lessons — from a 500 festival princess.

“I’ve taken this passion that I have for fitness and I’m bringing it into IndyCar drivers and the racing world, and I’m teaching kids a bit about how IndyCar drivers are athletes,” Black said. “I ask them, ‘Are they athletes? Aren’t they? Why do they think that?’ and kind of grab their attention and educate them why they are athletes and why fitness is important to being an IndyCar driver.”

Students learned about drill and why IndyCar drivers need to stay in top shape.

As Black shared stretching lessons, the kids heard about all the fun things that await IMS drivers during the month of May.

Black, a graduate of Brownsburg High School, is a freshman at Indiana University majoring in exercise science.

The 500 Festival Princess program began in 1959 and is sponsored by the National Bank of Indianapolis. Each year, 33 princesses are selected to serve as ambassadors, representing the 500 Festival as well as their hometowns and universities.

The princesses receive a $1,000 scholarship made available by Marlyne Sexton, Indianapolis philanthropist and president of The Sexton Companies, and the 500 Festival Foundation.

There are more information here on the 500 Festival Princess program, including a link to show your interest in participating in 2023.

What others are reading: