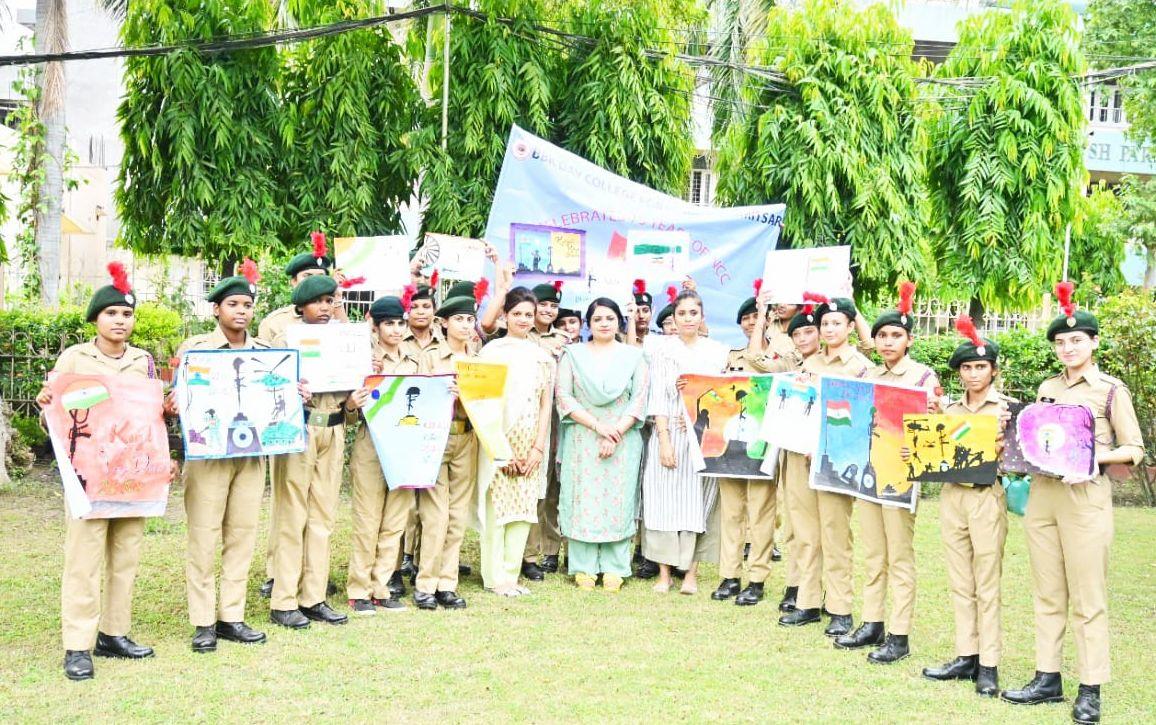 The graduate school has commended its deserving students of the CBSE Class X and XII Board Examinations. Principal Upasana Mehra said that the students who got the best positions in the district in the exams were congratulated at the school. Sparsh, a class X student, scored 99.6% and landed the school’s first place in CBSE class X. She is the best in the city, second in Punjab and third in the country . Lasya Sandhu and Harmanjit Singh topped the school with a brilliant score of 98.6% in the non-medical track. The Ram Rakha Mal Kapoor Trust has launched a merit award for Senior Study II students on behalf of their mother Uma Kapoor. The Kapoor family presented a check for Rs 5,000 each and a trophy to the six best players of this year. He presented a special trophy to Sparsh for being the best in town in the 2022 CBSE exams. The occasion was attended by GNDU Vice Chancellor Dr. Jaspal Singh Sandhu and his daughter Lasya Sandhu was one school toppers.

DAV College NCC Army Wing Cadets conducted a planting campaign on college grounds. On occasion, Group Captain Manoj Kumar Vats of 2 PB Air Squadron NCC also pledged students to protect saplings. He said trees and plants are an important part of their lives. They maintain the seasonal cycle on the earth. To maintain the balance of the seasonal cycle, it is necessary to plant more and more trees and to protect them. Professor Sanjeev Dutta, the college’s ANO aviation officer, said: ‘We have to protect young trees like children until they grow into trees. A tree is capable of saving hundreds of lives. Sukhchain, Gulmohar, Amaltas and Peepal trees were also planted during this period. Cadet Madhav, Cadet Krishna and Cadet Manav were present at the event.

Global Group of Institutes (GGI) Bachelor of Tourism and Travel Management students have been placed in a variety of companies engaged in airline, hotel and restaurant chain management and vacation and vacation management. other merchandising companies. During the placement campaign held recently, the students of the BTTM department made their mark. The department’s Atul Kumar Sachdeva was assigned to Ground Crew Operations at Berlin Airport, West Germany, and Simarpreet Singh was selected as Assistant Manager at McDonald’s Ontario, Canada. Dr. Akashdeep Singh Chandi, Vice President, while congratulating the selected students from various companies, said that the hard work done by the faculty of the department to prepare the students for the needs of the travel and tourism industry is appreciable.

Tarn Taran: Deserving students of Guru Amar Das Adarsh ​​Institute, Goindwal Sahib were honored by Khadoor Sahib MLA Manjinder Singh Lalpura at a reception held at the institute compound. While interacting with the deserving students of Class X and XII, he urged them to be more dedicated to achieve their goal in life. On this occasion, the parents of deserving students were also invited. The students received trophies from the MLA. Jaspal Singh Randhawa, President, presented a vote of thanks and Principal Manisha Sood presented the institution’s annual progress report. /OC