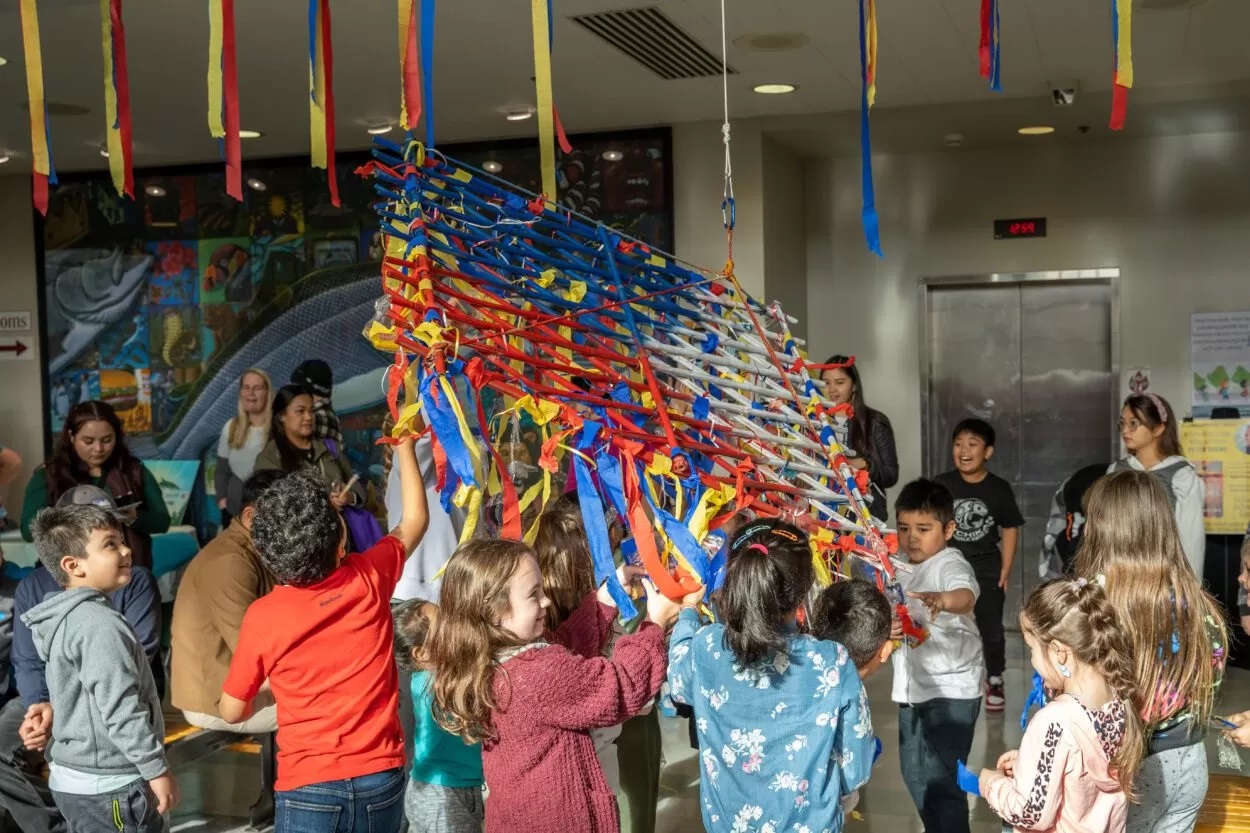 Members of the Ketchikan community came together this past weekend to celebrate Filipino American History Month at the second annual Fil-Am Festival. The event recognizes the contributions and history of Filipino Americans in Ketchikan and throughout the country.

Then came a series of speeches – the superintendent, the two mayors of Ketchikan, as well as other political figures – including the guest speaker, Rep. Mary Peltola.

“I stand here today and say with great confidence that my fellow Filipino Americans helped build Alaska, and they continue to build Alaska from our hospitals, our factories, our armed forces, and our real estate markets.” , said Peltola. “To put it simply, the story of the Filipino American experience in Alaska is the story of Alaska itself, and it should never be forgotten.”

Peltola joked about a friend of his who was born and raised in the Lingít village of Yakutat.

“When they went to college at UCLA, they first realized that adobo was not a Lingít dish,” she said.

In the Commons, political figures were everywhere – candidates for Lieutenant Governor Heidi Drygas and Jessica Cook, Lisa Murkowski’s aide Chere Klein and candidates for State House Dan Ortiz and Jeremy Bynum shook hands ahead of the general election in November 8.

“I love that they come to our table,” said Alma Manabat Parker, who helped organize the event. “It really is our table – you can see and smell the food.”

She says boosting voter engagement in the Filipino community is one of her goals as head of the Ketchikan Wellness Coalition’s Sama Sama Tayo program.

“That’s how I extended this invitation,” she said. “Come to us as an opportunity to hear our voices in our own space around our own people.”

Sama Sama Tayo is a grant-funded initiative that aims to improve health care for Filipinos in Ketchikan. And there are booths you might expect from a health-focused program — PeaceHealth Ketchikan offers blood pressure checks and the local public health unit runs an immunization clinic. Another non-profit organization has a booth with resources for children with learning disabilities.

But Parker says there’s more to health than what appears on a medical record.

“Health is mind, body and soul, and our culture is part of it,” she said.

And it’s everywhere you look. It’s in the air – the smell of Filipino dishes like lumpia and adobo and pancit and more.

Danielle Rodriguez works at one of the stalls – Kusyna ni Mel, or Mel’s Kitchen. It was popular – not even halfway through the festival they sold adobo chicken. Rodriguez says she’s glad people are enjoying the food.

“We want to share our culture and our food with people, and I think food is the best way to share that,” she said.

Among the many highlights is the sisig, a fried pork belly with garlic, onions, ginger and a citrus fruit called calamansi.

But there is much more than food. There are Filipino anecdotes. There is bingo. And on one side of the commons, there is a rack suspended a few meters from the ground. It is decorated in the red, white, blue and yellow of the flag of the Philippines, hung with streamers, sweets and candies.

It’s called a pabitin – it’s kind of like a Filipino piñata, except instead of swinging a stick at a papier-mâché animal, kids jump up to grab the treats dangling from the structure. Children gather.

On a balcony above, a man shook the pabitin up and down as the children grabbed treats.

KRBD also had a booth. We set up a microphone with a list of questions, and we got a few takers.

Frederick, 28, told us what Fil-Am meant to him.

“For me, Fil-Am is being able to enjoy and share my Filipino culture in an open environment. I think it’s important to celebrate heritage to keep culture and tradition alive for future generations.

Grant EchoHawk, 47, a Ketchikan Borough Assemblyman, said he was happy to have the chance to learn more about the Filipino community.

“It gives all of us who are not of Filipino descent the opportunity to learn about Filipino history, culture, foods and all the great things that really, really make the community shine. Filipino,” he said.

Ryan McHale, 27, said he would like the history of the Philippines in Alaska to be better understood.

“I wish more people knew more about how and why our community is as diverse as it is,” he said.

At another booth, pediatrician Charlie Jose has a table with a series of photo prints he took in the Philippines over the summer. There is a photo of a dragon fruit orchard. Another shows a bunch of bananas hanging in front of his family’s house.

He says he is happy to have this space to celebrate Filipino history and culture, especially for young people.

“It’s hard to reconnect with your roots in the Philippines if you’ve lived mostly here,” he said. “You also lose some of that culture when you emigrate. I’m an immigrant myself and know I’ve lost some of my culture, so it’s nice to reconnect in different ways, and this is the perfect opportunity to do so.

“Kids here don’t know anything about the culture because they grew up here, and having this festival is really, really, really good for them,” she said.

She says she would like to see more people learn the Filipino language, Tagalog, and become certified translators.

Spotlight on 2023 NJ Destination of the Year Finalist: Montclair