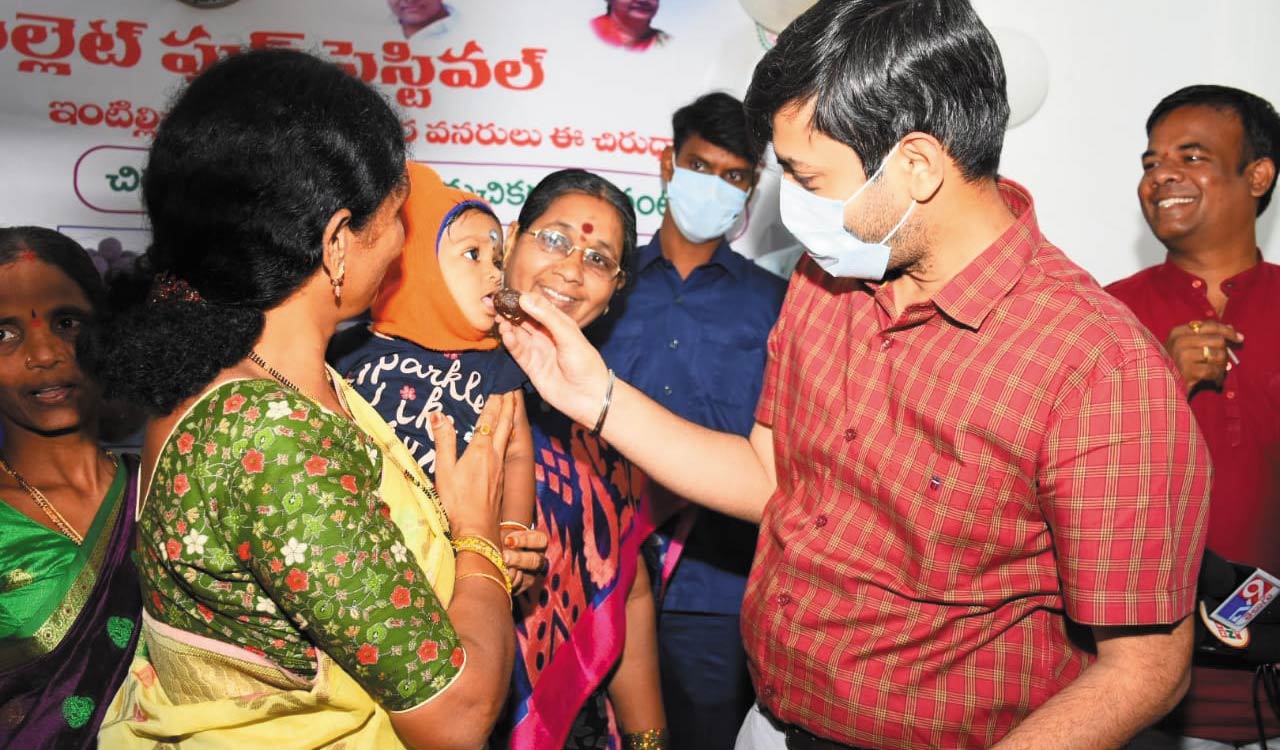 Rajanna Sircila: The millet cooking festival was launched on a large scale in all the anganwadi centers in the district on Saturday. Based on the directives of the Minister of Municipal Administration and Urban Development, KT Rama Rao, the district administration launched the millet food festival and decided to conduct it every second Saturday of the month.

As part of the festival, laddus made from Ragi and other millets were given to children under the age of five. Collector Anurag Jayanthi started the millet food festival at an anganwadi center located at the premises of Rajivnagar ZPHS in Sircilla. Speaking on the occasion, the collector informed that they have started the millet food festival to ensure that no child in the district suffers from malnutrition problem.

To ensure that no child in the district is malnourished, they decided to distribute Ragi laddus to Anganwadi children in addition to the nutritious food provided to the children by the state government.

36,000 children enrolled in 587 anganwadi centers would receive laddus made from Ragi flour, ghee and jaggery. Besides children, pregnant and lactating women would also receive nutritious food, he said.

Anemia has become a big problem for pregnant and breastfeeding women. Anemic pregnant women faced high-risk problems at the time of delivery. Anemia showed a bad impact on the mental and physical health of children under six. The future of the children would also be disrupted if their state of health was not good.

Seeing this as a bigger problem, the state government focused more on child nutrition. Within the framework of it, the millet food festival was launched in agitation mode in all municipalities and villages. He thanked the municipal president, ward members, village sarpanches, ward members, MPTCs and ZPTCs for their support in the successful implementation of the food festival.

The media must play a vital role in overcoming the problem of malnutrition. The majority of people have been exposed to high blood pressure, diabetes and hypertension due to a lack of physical activity. There was a chance of overcoming long-standing illnesses by developing the habit of consuming millets.