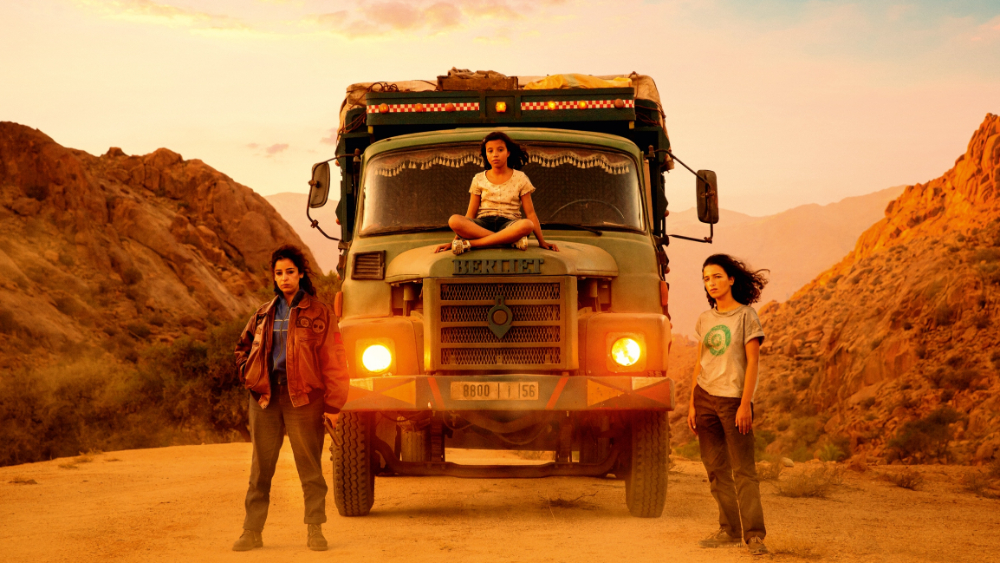 With a selection of 76 films from 33 countries divided into seven sections, this year Marrakech Film Festival will not miss cinematic treasure. From November 11 to 19, the 19 of the festivale The edition will open with “Pinocchio” by “Guillermo del Toro” before gala screenings of “Armageddon Time” by James Gray, “Master Gardener” by Paul Schrader and “The Swimmers” by Sally El Hosaini.

While hosting a handful of world premieres – including Anurag Kashyap’s Bollywood-flavored ‘Almost Love’, which will be performed outdoors in Marrakech’s Jemaa El Fna Square – this year’s festival will also highlight a number of jewels of the festival circuit.

Below are fourteen stars from this year’s program.

The satirical comedy “Abdelinho” follows a young Moroccan with samba in his bones and Brazil still on his mind. Director Hicham Ayouch’s smash hit is one of many completed projects to go from a slot at an earlier edition of the Atlas Workshop to a showcase at this year’s festival.

Portugal’s Oscar bid ‘Alma Viva’ takes a bittersweet look at the ties that bind, following a pre-teen girl left to mourn in solitude as her extended family tears apart after the death of their matriarch. Blending autobiographical touches with folk tales and magical realism, the film follows a young girl with an old soul.

A young man in search of a mentor and the older retired general he serves form an increasingly close bond of violence in the disturbing thriller Makbul Mubarak. Questions of loyalty, patriarchy and the legacy of Indonesia’s three-decade military dictatorship color this confident debut feature.

Moroccan Oscar entry ‘The Blue Caftan’ won the Fipresci award at Cannes before winning other honors at festivals in Chicago, Vancouver and New York. Directed by Maryam Touzani and produced by Nabil Ayouch, the sensual drama confronts tradition and taboo in a close-knit homophobic society.

A traveling mother and her teenage son are both drawn into different forms of sex work as they hit the road in search of greater stability and opportunity. Blending social realism and family drama, Fyzal Boulifa’s second feature has been acclaimed on the festival circuit.

Internationally premiering at this year’s festival, Clarissa Campolina’s first solo production follows a biracial young woman’s search for identity, agency and escape in a stifling, conservative climate. “The film dialogues with contemporary Brazil and with the issues and feelings of our time,” said the director. Variety.

Another graduate of the Ateliers de l’Atlas, director Abdeslam Kelai’s naturalistic drama follows three women on the fringes of society, relying on improvisation, overlapping dialogue and tight camerawork to create a sense of total immersion in a harsh environment of northern Morocco mitigated by the bonds of friendship. .

Submitted to Palestine’s Oscar and winner of the Un Certain Regard screenplay award, Maha Haj’s “Mediterranean Fever” takes a darkly comedic look at two middle-aged neighbors turned arch-nemesis. “I’ve always been fascinated by friendships between men,” said Haj Variety earlier this year. “They can be different and intriguing and I wanted to play with that.”

This unprecedented restoration of an avant-garde Cameroonian film will be screened on the African continent for the time being in Marrakech, making the title a real source of pride for artistic director Remi Bonhomme. “It’s very important to show how Arab and African cinema was at the forefront of the avant-garde,” he says. Variety. “Because even today this film displays great narrative modernity.”

Winner of the Platform Prize in Toronto, Anthony Shim’s immigration drama will win further awards in Vancouver and Busan and from the Directors Guild of Canada, acclaimed for its intensity, sensitivity and formal sophistication.

Another world premiere, director Ahmed Abdullahi’s feature debut follows a single mother struggling to raise a seven-year-old daughter while abandoning her in the octagon as a young and up-and-coming fighter on the MMA scene.

Set on a once-grand estate in Tangier and following a debt-ridden family who spent last summer together, acclaimed filmmaker Faouzi Bensaidi’s ensemble drama makes its world premiere at this year’s festival. Vast in focus and concise in length, this family saga will open the Moroccan Panorama program.

Yasmine Benkiran’s raucous road movie – about a trio of women tearing through the Moroccan landscape with the police hot on their heels – was first presented as a title in development during the inaugural edition of the Ateliers de l’Atlas and then as a project in post-production finally online edition of the year. Now, the rock’n’roll ballad is ready to meet its audience.