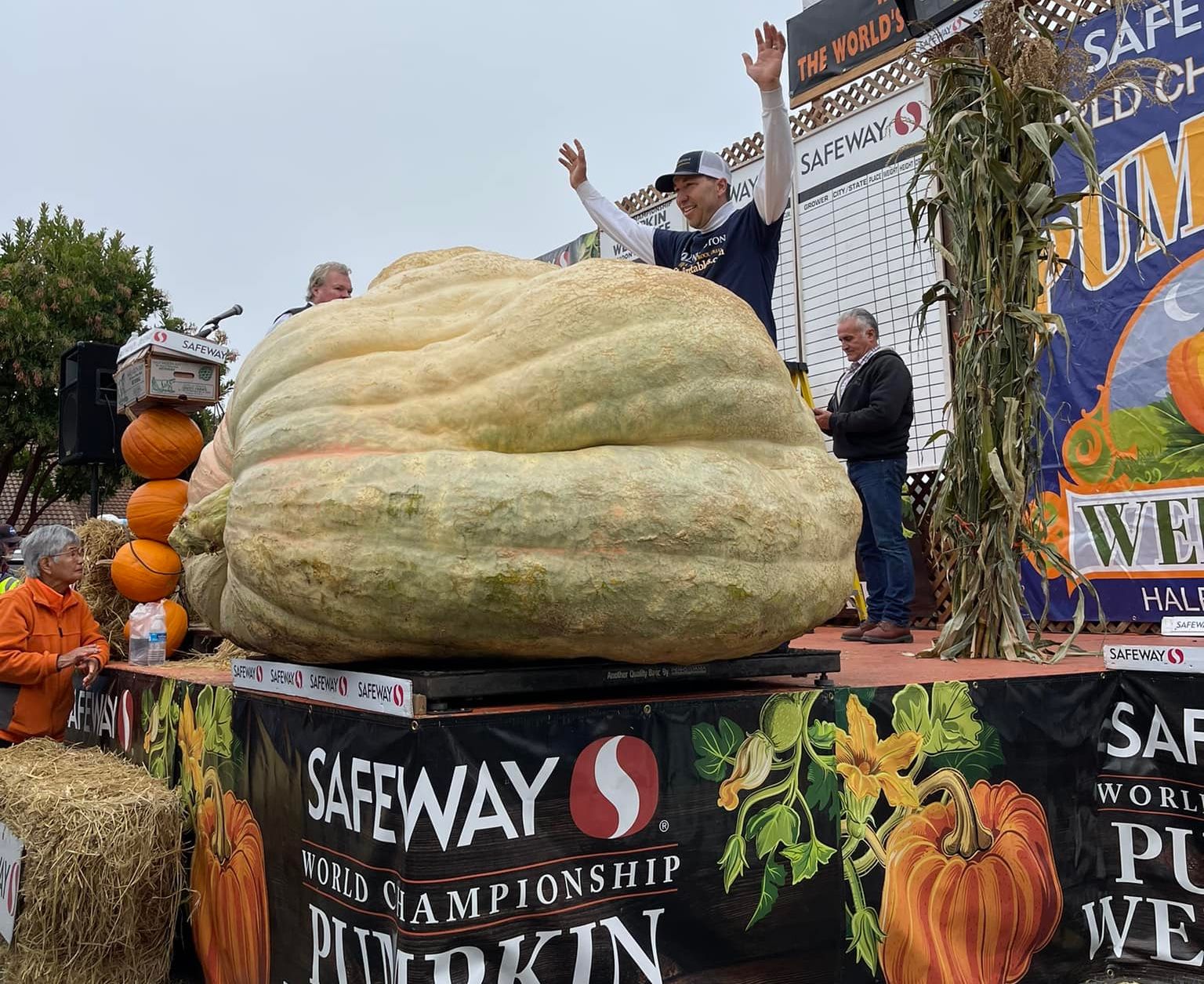 There’s a big new pumpkin in town, as the Half Moon Bay Pumpkin Festival kicked off Monday with the Pumpkin Weigh-Off, and a Minnesota man broke the North American record with a pumpkin weighing 2,560 pounds.

The pumpkin spice needs to flow this time of year, but it’s been difficult for the Half Moon Bay area, as their beloved Half Moon Bay Pumpkin Festival has been canceled for the past two years due to of COVID-19. These two years still had a scaled down version of the World Championship Pumpkin Weigh-Off, but not the full festival.

As NBC Bay Area reports, the Half Moon Bay Pumpkin Festival returns in full force this year. As seen above, this coming weekend hosts most of the big events: the Great Pumpkin Parade, costume contests, and pie-eating contests scheduled for Saturday and Sunday. But the inimitable World Championship Pumpkin Weigh-Off took place on Monday afternoon, and a new champion was crowned.

Your winner is Travis Giegner of Anoka, Minnesota, whose pumpkin won the weigh-in contest at 2,560 pounds. This isn’t Giegener’s first victory at the weigh-in, he also won the 2020 no-crowd competition. But that 2,560-pounder set a new North American record (the world record remains an Italian man’s pumpkin of 2,702 pounds.)

You can see Giegner’s Pumpkin Coronation video above. With the prize money of $9 a pound, Giegner is in line for a paycheck of $23,040.

How do you transport a 2,560 pound pumpkin the 2,000+ miles from Minnesota to Half Moon Bay? The van above did the honors.

Full video from Monday’s competition can be seen above. And remember, this was just the kick off and you didn’t miss the 2022 Half Moon Bay Pumpkin Festival. The festival opens at 9am on Main Street in Half Moon Bay Saturday and Sunday , and SamTrans provides a service.

11 beauty must-haves for the holiday season