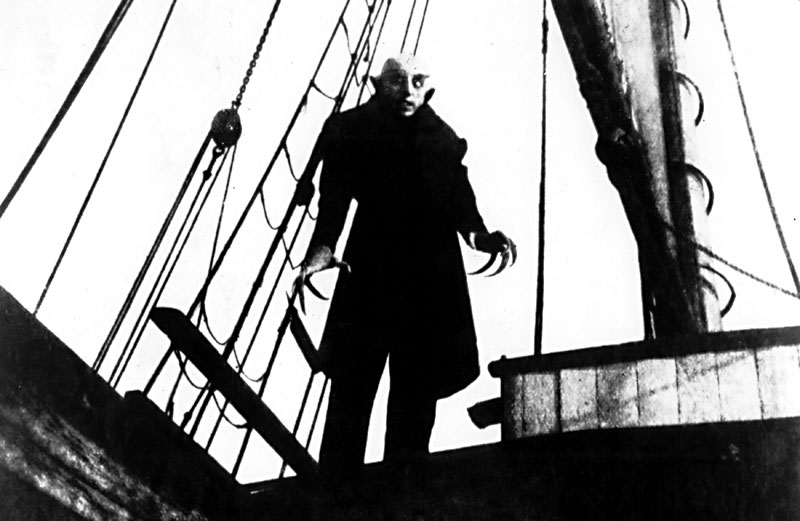 Happy 100th birthday, Count Orlok! The Nosferatu festival will be a celebration of the centenary of the bloodsucker himself.

The mayor announces that sick or plague-stricken people must not be seen in the street and cannot be taken to hospital. They must stay at home.

As the Centers for Disease Control & Prevention and the World Health Organization scramble to track the multiple whack-a-mole coronavirus variants that have turned modern life into cattywampus, there’s a dark route of transmission that they have not, to the best of our knowledge, been explored. It’s true, we are obviously talking about vampirism. No, wait, listen to us. Our theory is not as fantastic as it may seem at first sight.

March 4, 2022 will mark the 100th anniversary of the release of FW Murnau’s “Symphony of Horror”. Nosferatus. As well as being the first film to feature Bram Stoker’s 1897 classic of biting literature, Draculaonscreen (much to the dismay of the Stoker Estate, who sued, semi-successfully as a court order resulted in the destruction of nearly all physical copies of the film), this unsettling meisterstück German Expressionist cinema has long since achieved iconic pop culture prominence.

Honestly, someone should throw a socially distanced centennial party for this weird cinematic masterpiece. And this being Austin, aka Bat City, someone did. Mitch Rafter, the man behind Black Gore Magazine, celebrates the occasion with the fourth “Nosferatu Festival: A Weekend of Horror”, from March 4 to 6. Attendees can expect screenings, vendors, food and drink (in blood bags!) and live/undead music from a host of night-prone bands, including the reformed gothic rockers from LA 45 Grave. Want to party? It’s party time! “It’s kind of wild,” Rafter admits, “because in the movie, Count Orlok comes along, just like the plague. Everyone is locked in their house, unable to leave, and he becomes some sort of silent killer. , lurking in. Here’s the 100th anniversary of the movie and now we’re dealing with pretty much what they were dealing with in Nosferatus. This is the COVID of its time.”

“[Nosferatu] is the COVID of its time. –Mitch Rafter

Murnau cast the eternally mysterious actor Max Schreck not as Count Stoker but as Count Orlok. (The new appellation fooled no one.) Composed to sound less like Bela Lugosi’s aristocratic archdemon as seen in Universal’s 1931 classic and more like a cross between a Rattus norvegicus and an incredibly emaciated and bald Mr. Spock, Schreck’s troublesome and cadaverous manifestation has proven, over the last century, to be perhaps even more influential on the horror genre than Lugosi’s.

Legions of cinematic and pop cultural bloodsuckers owe a debt of blood to Murnau and Schreck. From Klaus Kinski in Werner Herzog’s remake to Taika Waititi and Jemaine Clement What we do in the shadows Both Murnau’s film and Schreck’s half-rat-less-bat performance as a walking contagion remain as potently pestilential as ever.

Asked about Nosferatu’s remarkably enduring afterlife, Rafter said: “It’s definitely Schreck’s performance and the general vibe and atmosphere that Murnau created. I saw it when I was a kid and it gave me nightmares.I think a good horror movie is one that can give you nightmares.but also excites something in you.After the nightmares subside,you realize that,hey , I really liked how it made me feel something.

“It’s really kind of like catching an iconic lightning bolt in a bottle, like the original The Texas Chainsaw Massacre in a sense. Everything lines up and you get that spark that evokes emotions. And almost every culture has its own vampiric mythology that fulfills this moving role. It is less What we do in the shadows and more, ‘What’s in the shadows?'”