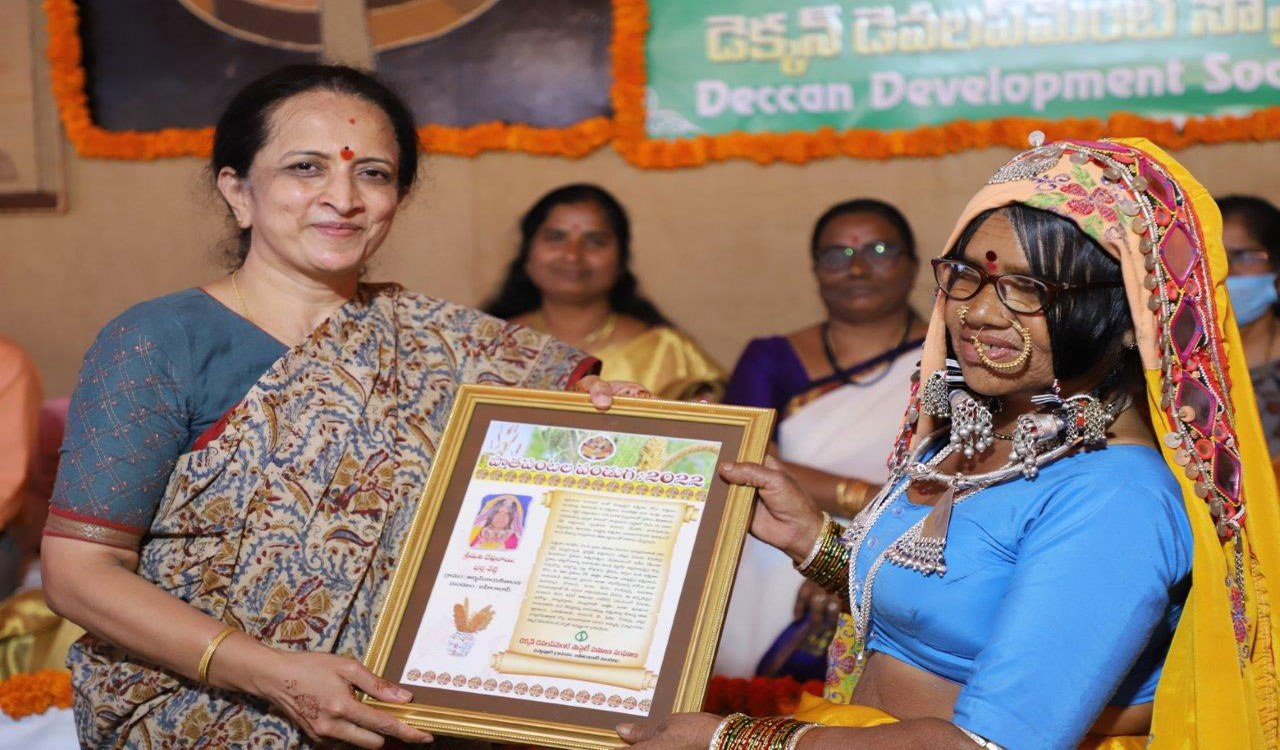 Sangareddy: To mark the closing ceremony of the Patha Pantala Jathara (Mobile Biodiversity Festival), the Women of Deccan Development Society (DDS) held various traditional programs in the village of Machanur in Jharasangam Mandal on Tuesday.

Several prominent personalities, who attended the meeting, hailed the DDS women, who have been cultivating millet for years, for carrying on the habit of cultivating ancient crops and for their role in conserving these cultures. Several women farmers were congratulated on this occasion for their commitment to the cultivation of millet. Women stage harvest festivals such as Dasara Gatlu, Yendlukatte Punnami and Sunyam Panduga.

On the last day of the fifteen-day festival, the decorated ox carts, which were taken in procession through many villages in Zaheerabad division, were brought to Machanur where farmers were sensitized on the need for the cultivation of mil. The women farmers also exhibited various food items such as sweets, hot snacks made from millet and other ancient cultures.