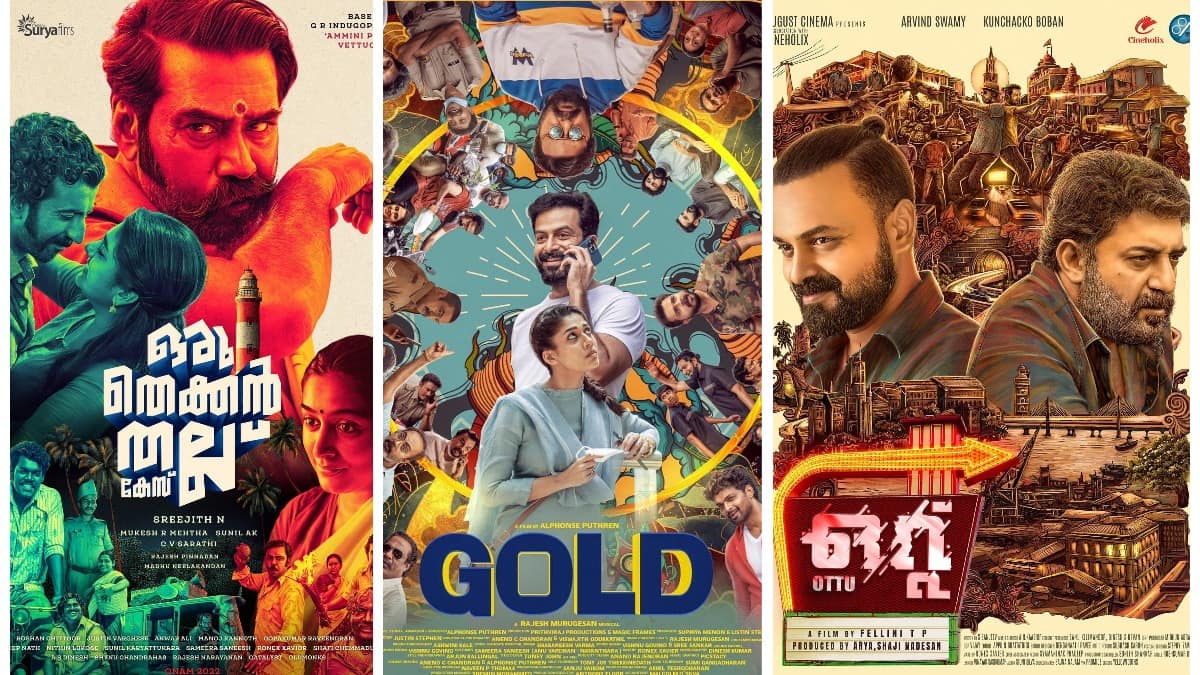 It is an exceptional Onam season for Mollywood this year. While the past two years have had no releases over the holiday season due to pandemic shutdowns, this time around four huge releases are set to hit theaters.

While Mammootty and Mohanlal missed the season of Onam, fans have enough reason to rejoice with four different great films such as Prithviraj Sukumaran and Nayanthara’s Gold, Kunchacko Boban and Arvind Swami’s Ottu, Siju Wilson’s Pathonpathaam Noottaandu and Basil Joseph’s Paaltu Jaanwar set out in the first two weeks of September.

The first two of them will be Ottu and Paaltu Jaanwar, which will hit theaters on September 2. Ottu, which is directed by Theevandi Fellini TP director, is an action thriller that will mark the return of Arvind Swami and Jackie Shroff to Malayalam. The big-budget film, which also stars Eesha Rabba and Amalda Liz, was filmed in Kerala, Mangalore, Goa, Mumbai and Pune, and revolves around a road trip of its protagonists that reveals many secrets.

Basil Joseph’s Paaltu Jaanwar is a comedian who has a cow as a central character. The film, which is helmed by debutant Sangeet P Rajan, also has Dileesh Pothan, Johnny Antony and Indrans in key roles. The film is produced by Bhavana Studios.

On September 8, Onam Day, Prithviraj’s Gold, which is Premam director Alphonse Puthren’s first film since the 2015 blockbuster, will hit theaters. The film, which is billed as a dark comedy thriller, has many stars including Nayanthara, Lalu Alex, Roshan Mathew, Jagadeesh, Shabareesh Varma, Chemban Vinod Jose, and Deepti Sati as part of its cast.