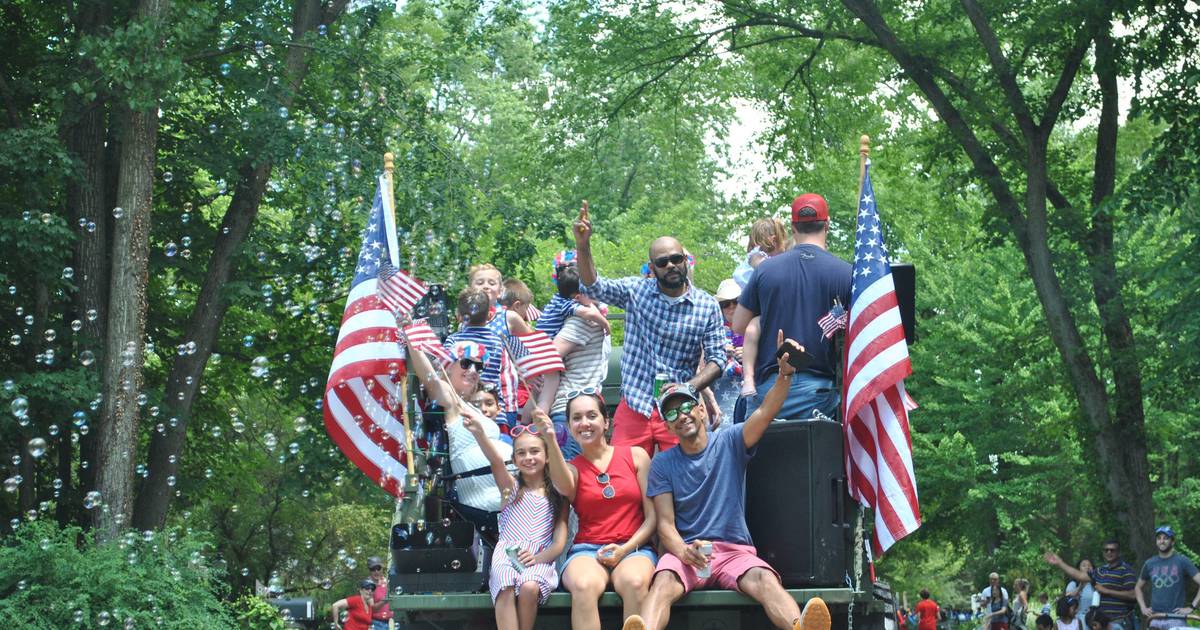 For 40 years, the Red, White and Boom! The festival has been one of Lincolnshire’s signature events, attracting people over two days to enjoy carnival rides, listen to live music, watch a parade and, of course, watch the fireworks display that closes the independence day festivities.

The festival was so successful that the village will move the location of the July 3 events to provide more space this year.

“Typically, the entire festival was held in Spring Lake Park over two days,” said Jack Cascone, a village administrator who helps oversee the festival. “However, we have decided to move most of the festival to North Park this year. This allows for more operating space to bring more attractions and entertainment, more parking, and a better logistics process for our public works and police operations.

The decision will allow organizers to expand the festival to attract more vendors and give people extra space.

“We’re bringing more rides, entertainment, and activities to this year’s Red, White, & Boom! than ever before.” said Cascone.

While the festival will occupy North Park on July 3, most traditional July 4 events will remain in the Spring Lake Park neighborhood.

“The 4th of July activities aren’t as intense and they all have a definite start and end time,” Cascone said. “Residents can come and go as needed.

Activities on July 3 include typical festival events, such as a carnival with rides, food vendors, a beer garden, and children’s activities.

“We have small inflatables, magic shows and a children’s concert for the younger ones,” Cascone said. “There’s a high school rock band, food trucks, and big inflatables for older kids and teens.”

Two bands will perform on the main stage in North Park: Six on Friday, a six-piece rock band from the northwest suburbs, take the stage at 2 p.m. They are known for playing hits from the 1970s to today. Spoken Four begins its performance at 5:30 p.m. covering songs from the 1950s through today.

“The festival is always a hit because there’s fun for the whole family, and it’s going on all day,” Cascone said. “Families can come and go, and they know they’re going to have a great time no matter what time of day.”

On July 4, the festival becomes more eventful, starting with the Rouge, Blanc and Boum! 5 km race, celebrating its 40th anniversary. It usually attracts around 600 runners to compete on a course that winds through the tree-lined streets of residential areas in Lincolnshire.

The annual Village 4th of July Parade begins at 11 a.m. at Laura B. Sprague School and ends at Spring Lake Park at approximately 12:30 p.m. The route will take approximately 25 groups participating through two major residential areas in Lincolnshire.

“The parade gives neighbors the opportunity to get involved, see old friends and soak up the American hometown vibe that an Independence Day parade brings,” Cascone said.

Immediately after the parade comes the annual Cardboard Regatta, in which teams create boats using nothing but cardboard and tape and attempt to complete a 50-meter course.

“Spectators get very involved in every race to cheer on the boats,” Cascone said. “I don’t know which is more popular: when the winning boat comes ashore or when the boats crumble in the middle of the race.”

The fireworks end the day on July 4, beginning around 9:30 p.m. in Spring Lake Park, though people gather in several areas around the park, including the Laura B. Sprague School West Lawn and the former Fresh Market site at the corner of Milwaukee Avenue and Half Day Road, Cascone said.

“One of the many reasons Lincolnshires love red, white and boom!” it’s so much because it’s small enough to feel like a real community building event, yet it offers the family fun of a full-scale festival,” he said. “Village staff are proud of this perception and work diligently to uphold it. People will love what we have in store for them. »

Jeff Banowetz is a freelance journalist for the News-Sun.