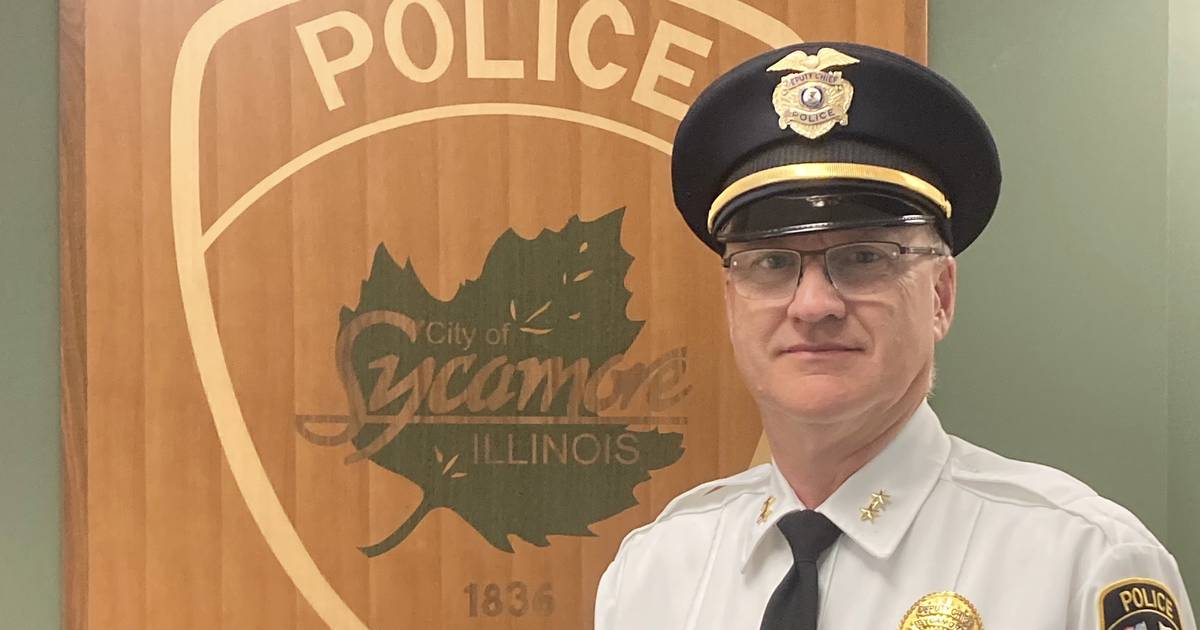 SYCOMORE – Sycamore Police Department Liaison Steve Cook has been helping provide security for the Sycamore Pumpkin Festival since 2015. Now retired, he is being honored as a friend of the festival this year.

Cook, a Sycamore resident and retired deputy chief of the Sycamore Police Department, said he was “quite honored” to be named the friend of the festival, particularly because he considers the festival the pumpkin patch as a signature Sycamore event.

The festival kicks off October 26 and continues through the weekend of October 30, with a pumpkin display contest outside the DeKalb County Courthouse and events throughout downtown Sycamore.

“It’s the thing that I think represents Sycamore the most,” Cook, 59, said. “You know, when people think of Sycamore, that’s what they always think of – the Pumpkin Festival.”

Keeping the festival safe was something Cook said he was proud of, not only because of the event’s marquee status but also because “it’s such a huge festival”.

When Cook was involved, the police department brought in about 100 volunteers to help with traffic control and festival security.

“That’s why I really enjoyed working on it, and it’s one of the things I was most proud of,” Cook said.

Over the years, Cook has been tasked by the police department with providing security, parking, and crowd control for the festival. Beyond security, Cook has also been intimately involved in the planning of the annual five-day festival as a member of the Pumpkin Fest planning committee.

“As the town’s liaison to the Pumpkin Festival committee, I attended all of the meetings and served on the committee as well,” Cook said. “So it’s a bit of a two-part thing.”

Although Cook said he didn’t have a favorite memory of the festival, he remembers feeling elated once the festivities were over.

“It’s just every year, you know, it’s a big event, and every year when it’s done, you’re so proud that it worked out,” Cook said.

A favorite event among cooks to help bring the festival to a close is the parade, which runs through downtown Sycamore on Sunday, the final day of the festival.

“The centerpiece is the parade, and that’s the part I really like to be in and make sure it works because that’s when most people come to town,” said Cook.

Festival-goers are expected to gather for the Pumpkin Festival Parade at 1 p.m. on October 30. This year they will see Cook featured prominently in the parade as a friend of the festival.

“So that’s the centerpiece, that’s the part I always enjoy the most – the parade,” Cook said.