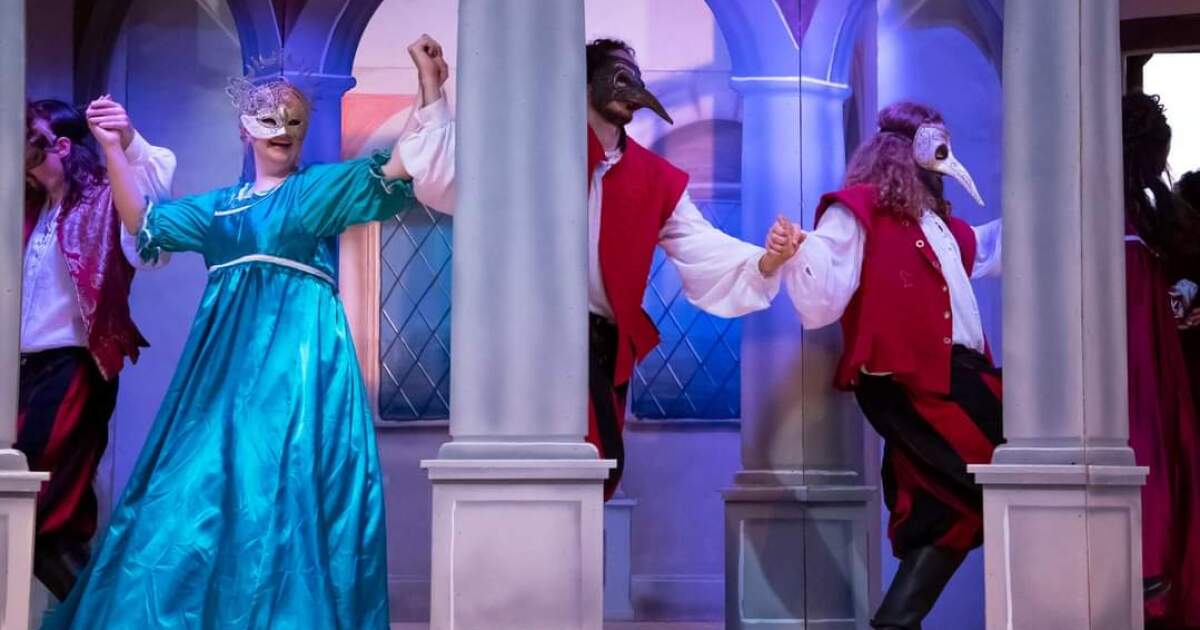 The Southern Shakespeare Festival was in full bloom this weekend. Although bad weather forced the cancellation of Friday’s performance, Cascades Park was packed with fans on Thursday, Saturday and Sunday evenings.
For the last two nights, a troupe of young people called ‘The Bardlings’ kicked off the evening with a condensed version of a famous Shakespearean tragedy.

“For there has never been a more unfortunate story than that of Juliet and her Romeo.”

This was followed by the adult troupe’s main attraction, the rambunctious comedy ‘Much Ado About Nothing’.

“Because I have a lot of bad qualities.” “Oh, which is one?” “I say my prayers out loud!” “I love you all the better, even though the hero shouts, ‘Amen!'”

“Misunderstandings and disappointments and people not opening up to their own feelings. So it’s very “soapy” and the subplots aren’t that mean and dark. Except of course for my poor daughter, but that’s another story.

Leonato’s daughter, “Hero”, must fake her death to stay alive. This year’s guest star was comedian Kevin McDonald of “Kids in the Hall.”

“Everyone is amazing! They are real actors, which hurts me to be with them. For their good!” he laughs.