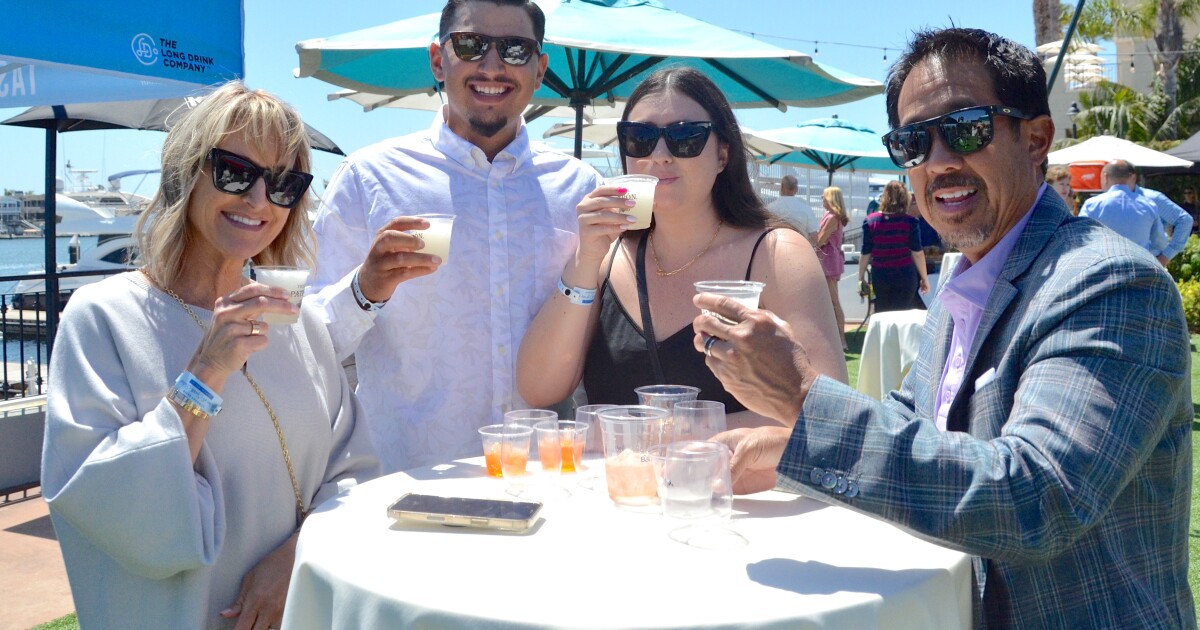 Jason Hsieh, catering manager at Balboa Bay Resort, hosted the event for the first time this year. He proposed the name change to better describe the assortment of libations he added.

“In the past it was mostly wine, with 20 vendors and food stations, which for me was limited in terms of choice,” Hsieh said. “My idea this year was to bring in three times as much.

“Besides wine, we added different spirits, featuring mezcals and tequila, which became the most popular mainstream spirits.”

The festival, as is its tradition, also included a good representation of wine varieties and several stations with light bites such as sushi, sliders, gourmet salsa and sweets.

This year, in addition to music provided by a DJ and the LA Lakers band, a collection of vendors also showcased the outdoor property where guests toured unique carts and pop-up tents rather than traditional tables.

Among the crowd pleasers was Patrón Tequila’s “margarita bike,” where visitors could make their own margaritas while pedaling a stationary bike.

“We have the mixer installed, they get on the bike and their power makes the magic happen,” said Patrón representative Cassandra Marquis.

Casamigos placed a replica of a lifeguard tower painted seafoam green and white as a presentation of their tequila. Across the way, a cut of actor Miles Teller greeted attendees as they entered the large bright blue long Finnish tent.

To top off the festivities on Sunday, the crowd of guests gathered on the lawn were entertained by a performance by an aerial artist from Cirque Mirage using suspended fabrics to fly. As she choreographed her body’s tumble, swing and spiral, guests whipped out cellphones to shoot videos and photos before being treated to a taste of champagne poured by the acrobat hanging from upside down.

“The acrobatic circus entertainment was a huge hit on day two,” Hsieh said. “All [guests] had the best time and [they] said adding the spirits was the best idea as many had really creative props.

Support our coverage by becoming a digital subscriber.