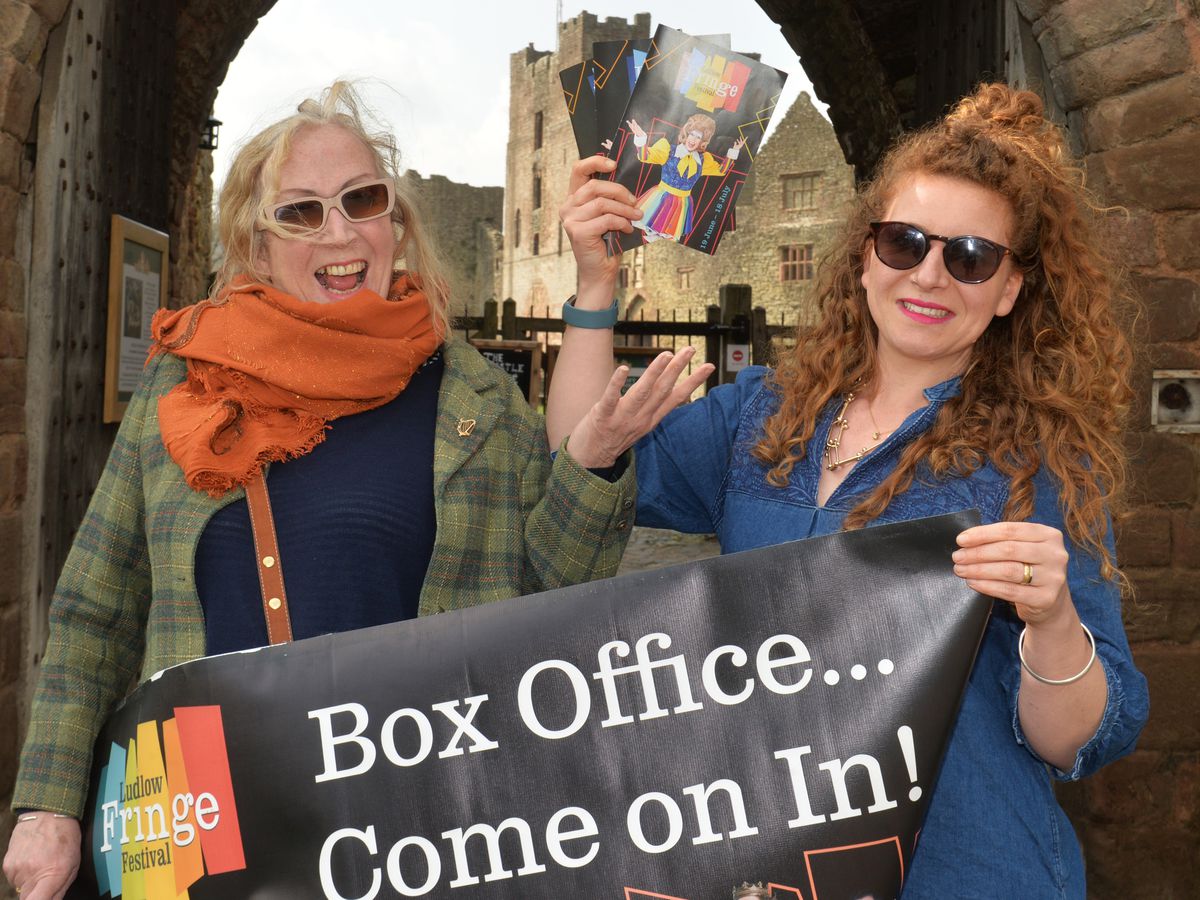 The three-week festival will kick off with the return of the Ludlow Carnival, after a 15-year absence, on June 18, and a variety of comedy, theatre, music, poetry, art and other acts will will produce at various locations in the city. until July 10.

It is hoped to attract thousands of visitors to the Shropshire town and provide a welcome boost to the local economy.

Vicki Orttewell, one of the owners of the Eclectica clothing store in Mill Street, is also president of the Ludlow Chamber of Commerce.

She said: “Ludlow Fringe brings the city to life, there are a lot more young people in town, more vibrancy in the air and a really good positive buzz.

“It’s so nice to see events happening in the little pubs and the courtyards too, it’s really all over town, everywhere you turn.

“You see more faces and the streets are generally much busier, with a huge mix of interesting and creative people too, the festival really encourages diversity and inclusivity.

“It’s a definite plus for business as we can normally count on a good three weeks when the Fringe is up and running – members of the House are very supportive of it in any way they can.”

This year a vine will be painted on the windows of businesses across the town, to complement their shop windows and connect each one, and a new Friends of Ludlow Fringe Festival program has launched where people put a sticker in their windows to show their support.

Katy Chason, of The Hen and Chicken B&B in Old Street, said Fringe Weeks have a huge positive effect for the town.

“We see more people around,” she said.

“It’s great, everyone is involved, there’s something for everyone and it’s really exciting and you can’t miss it, people love it.

“It’s a busy time of year, it keeps people coming back and gives them an extra reason to visit Ludlow, in hospitality it’s wonderful for repeat business.

“If guests come I tell them they’re lucky because it’s open and they book to see shows, sometimes they extend their stay.”

Adam Tutt, owner of the Blue Boar in Mill Street and the Globe in Market Street, said: ‘It started off quite small but has gone from strength to strength.

“It speaks to the people who live in Ludlow by bringing events, cultural diversity and new influences to the town, but it also promotes the town on a large scale to outside areas and increases awareness and status of Ludlow.

“It’s mentally and economically stimulating, which brings in a lot more business.”

Sarah Tunnadine, group sales manager for Crest Hotels, which runs The Feathers in Bull Ring, said it was great for the town.

She said: ‘The Fringe festival is ideal for the cultural appeal of Ludlow and there is a great buzz around the town.

“It really raises the profile of Ludlow and so many local people are getting involved.

“We’ve only experienced one since the band took over The Feathers and it was a great time, we look forward to serving many visitors again this year.”

It will also include poetry readings, a performance of Macbeth at Ludlow Castle, an exhibition by artist Frances Clarke, Bhangra Tots Family Dance, a comic book masterclass, puppet shows, magician The Great Baldini and Cabaret at Brewery.