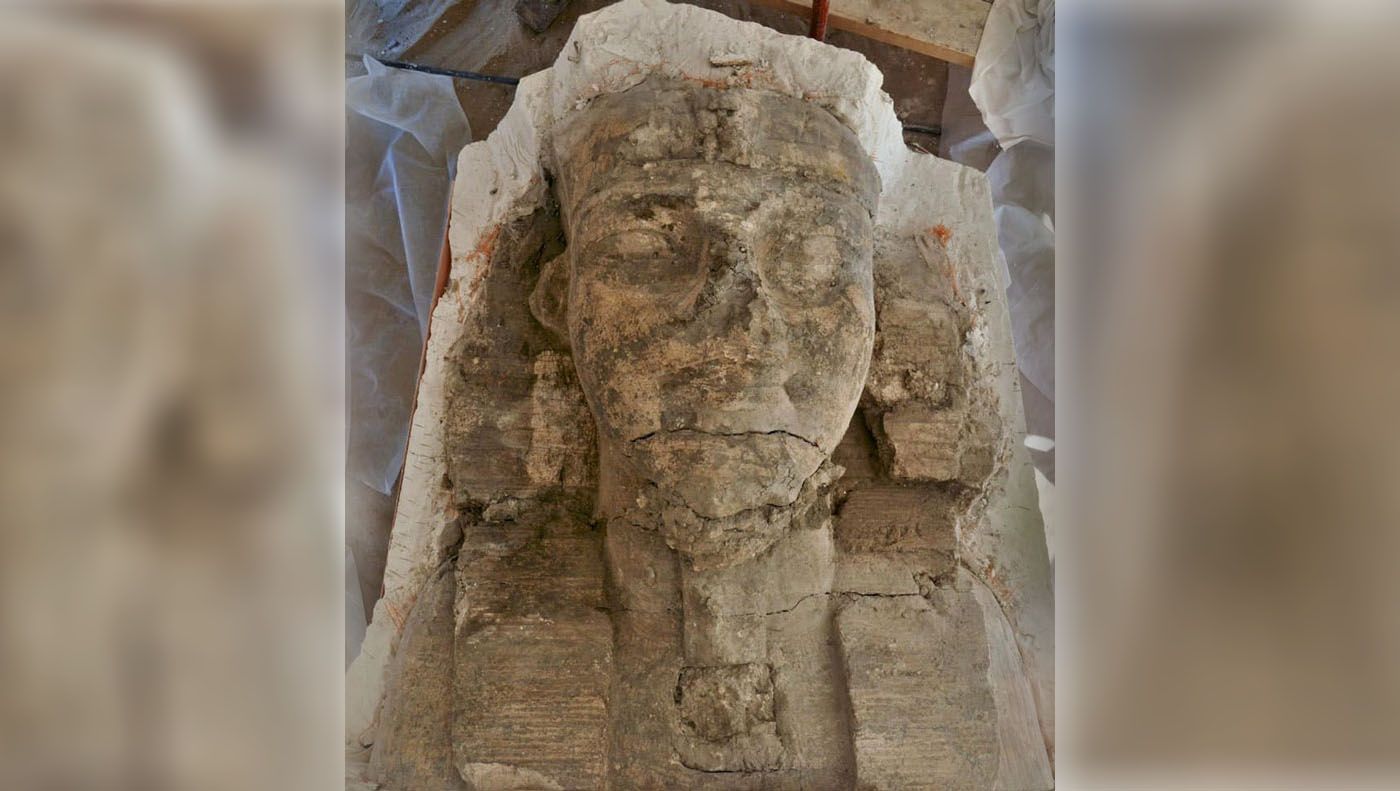 Egyptian archaeologists have unearthed the remains of two large sphinxes in an ancient temple in Luxor, reports Tessa Solomon for ART news. The statues, each 26ft long, were found half-submerged in water at a shrine to Amenhotep III, King Tutankhamun’s grandfather and a pharaoh who ruled Egypt from 1390 BCE to 1353 Before our era.

A team of Egyptian and German researchers discovered the artifacts during restoration of the former ruler’s burial site, known as the “Temple of Millions of Years”, according to a statement from Egypt’s Ministry of Tourism and Antiquities. The team also found three black granite busts of Sekhmet, a war goddess who took the form of a lioness, and remains of columns and walls with carvings of ceremonial scenes.

Chief Archaeologist Hourig Sourouzian tells Muhammed Magdy Al Monitor that the artifacts were located near an important processional route used in ceremonies and celebrations during the pharaoh’s lifetime. The wall reliefs featured images of Heb-Sed, a major festival held by Amenhotep on the 30th anniversary of his reign and every three years thereafter to honor his long reign, which lasted nearly 40 years.

“It is one of the most important holidays for ancient Egyptians which celebrates the end of the 30th year of the king’s accession to the throne,” said Abdel Rahim Rihan, research director at the Ministry of Tourism and Antiquities. . Al Monitor. “Performances at this festival show the king on his throne in full force, with the crowds around him happy and excited, awaiting his speech promising them another 30-year reign full of prosperity and opulence. On this occasion, the king also made offerings to the gods.

Researchers say the two limestone sphinxes depicted Amenhotep in a mongoose headdress, sporting a beard and a wide necklace, according to the statement. During the restoration process, Sourouzian and his team also found an inscription on the chest of one of the sphinxes that reads, “Beloved of the god Amun-Ra”, Amenhotep’s royal name..

During his peaceful and prosperous reign, Amenhotep III built his mortuary temple in the ancient city of Thebes along the Nile, now Luxor. The huge funeral complex spans seven football pitches, covering an area almost the size of Vatican City, as reported by Andrew Lawler for the Smithsonian in 2007. In its time, it was one of the largest and most ornate religious structures in the world, adds Lawler, filled with numerous statues, stone reliefs and other artifacts.

Due to its proximity to the Nile, the pharaoh’s temple has been flooded several times throughout history, and further destruction was caused by an earthquake around 1200 BCE, according to Al-Monitor.

The excavation was part of the Colossi of Memnon and Temple of Amenhotep III Conservation Project, a joint effort between the Egyptian Ministry of Antiquities and the German Archaeological Institute to excavate and conserve the site since 1998. Archaeologists have made efforts over the past two decades to drain more areas of the massive complex, but the process is a long one. Researchers say they will continue to work to restore the temple as well as the Colossi of Memnon, two gigantic stone statues of Amenhotep III that mark the entrance to the burial complex and resemble recently discovered sphinxes.

“Our main task in this project is to document, reassemble and gradually restore the last vestiges of this temple, and then to expose these monumental remains in their original location,” Sourouzian said. Al Monitor.

MONIQUE BATSON — Who needs a class reunion when we have Heritage Day? – Port Arthur News