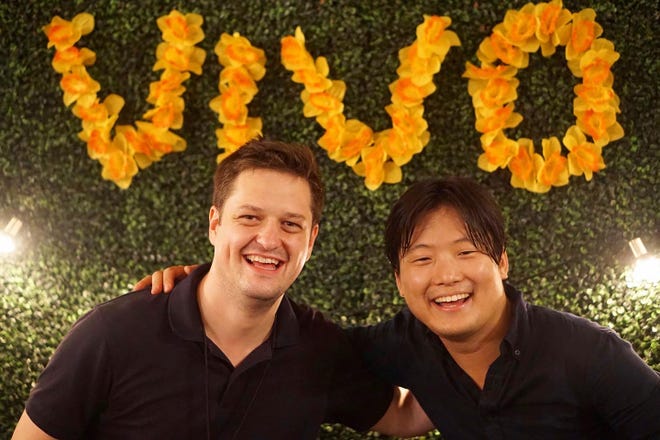 The VIVO Music Festival is back — and it promises to sound pretty much like it did before the pandemic.

After two years of pandemic-era versions of the annual chamber music festival – in 2020 the festival went entirely virtual and in 2021 socially distanced outdoor programming was included – this year’s edition, scheduled for August 31 to September 4, is indeed a return to normal.

The the festival will return to an all-indoor format, with concerts held at venues the festival has used in the past, including the Columbus Museum of Art and the Southern Theater. And no virtual programming is planned.

“Nothing replaces live sound,” said the festival’s co-founder Siwoo Kima 33-year-old violinist who grew up in Westerville and now lives in New York.

In all other respects, however, the festival – in its eighth year – remains Greater Columbus’ most cutting-edge classical music offering. Kim and festival co-founder, 34-year-old violist and Upper Arlington native John Stulzwill be part of a group of eight young guest musicians who will perform both revered works from the past and exciting pieces from the present.

According to the organizers, this combination makes VIVO a unique and inviting experience.

“We have to make it a welcoming environment,” Kim said.

Here are the details for this year’s event.

When does the VIVO Music Festival start?

This year’s VIVO Music Festival kicks off at 7 p.m. on August 31 at the Columbus Museum of Art, 480 E. Broad St. The “Schubert and Beethoven” program will feature performances by the “Trio for Clarinet, Cello, and Piano”” and Franz Schubert’s “String Quintet” in the Schottenstein Property Group pavilion.

The location within the museum was chosen for its privacy.

“We decided to do a kind of concert in the round, so that all the spectators could be as close as possible to the musicians,” said Stulz, a member of Ensemble Intercontemporain, a music group in Paris.

New location chosen for the concert

The festival, which prides itself on performing in new venues, will debut at the performance studio inside WOSU Public Media’s new five-story headquarters, 1800 N. Pearl St., at 7 p.m. on September 1. . The “Beer and Beethoven” program will feature musicians playing shorter works and beers for sale to all. WOSU on-air host Jennifer Hambrick will host the informal event, which Stulz describes as a point of ideal start for beginners in chamber music.

“We have prepared plays, we have unprepared plays, surprises, things like that,” Stulz said. “I think most people will feel comfortable coming to a venue, having a beer or drink of their choice, kicking back and relaxing.”

Chamber Music Columbus, which brings domestic and international chamber music artists to the Southern Theater, will soon enter its 75th season, and in recognition of the occasion, the well-young VIVO will pay tribute to its older cousin with a concert at 2 p.m. September 4. , in the south, 21 E. Main St.

“So our season eight finale will be their season 75 opener,” Kim said.

The program will include staples of the chamber music repertoire, including Maurice Ravel’s “Piano Trio,” as well as a new commission from South Korean composer Jaehyuck Choi in tribute to Chamber Music Columbus founder James N. Cain. whose instrument was the clarinet: Choi’s new clarinet quintet will be heard for the first time at the concert.

“It’s like chamber music between organizations and also between generations,” he said.

Where can I buy tickets?

To purchase tickets or get more information, visit www.vivofestival.org.